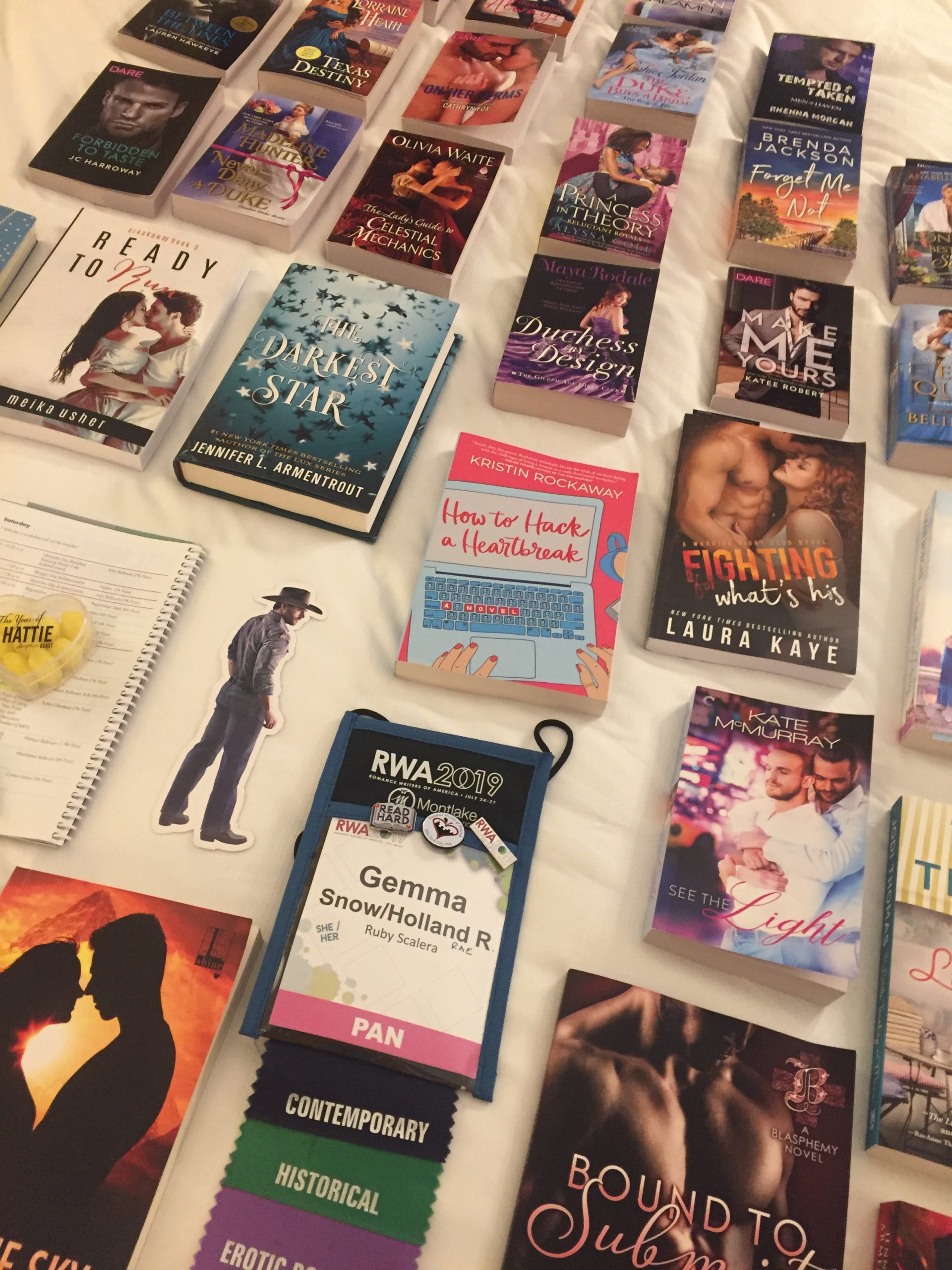 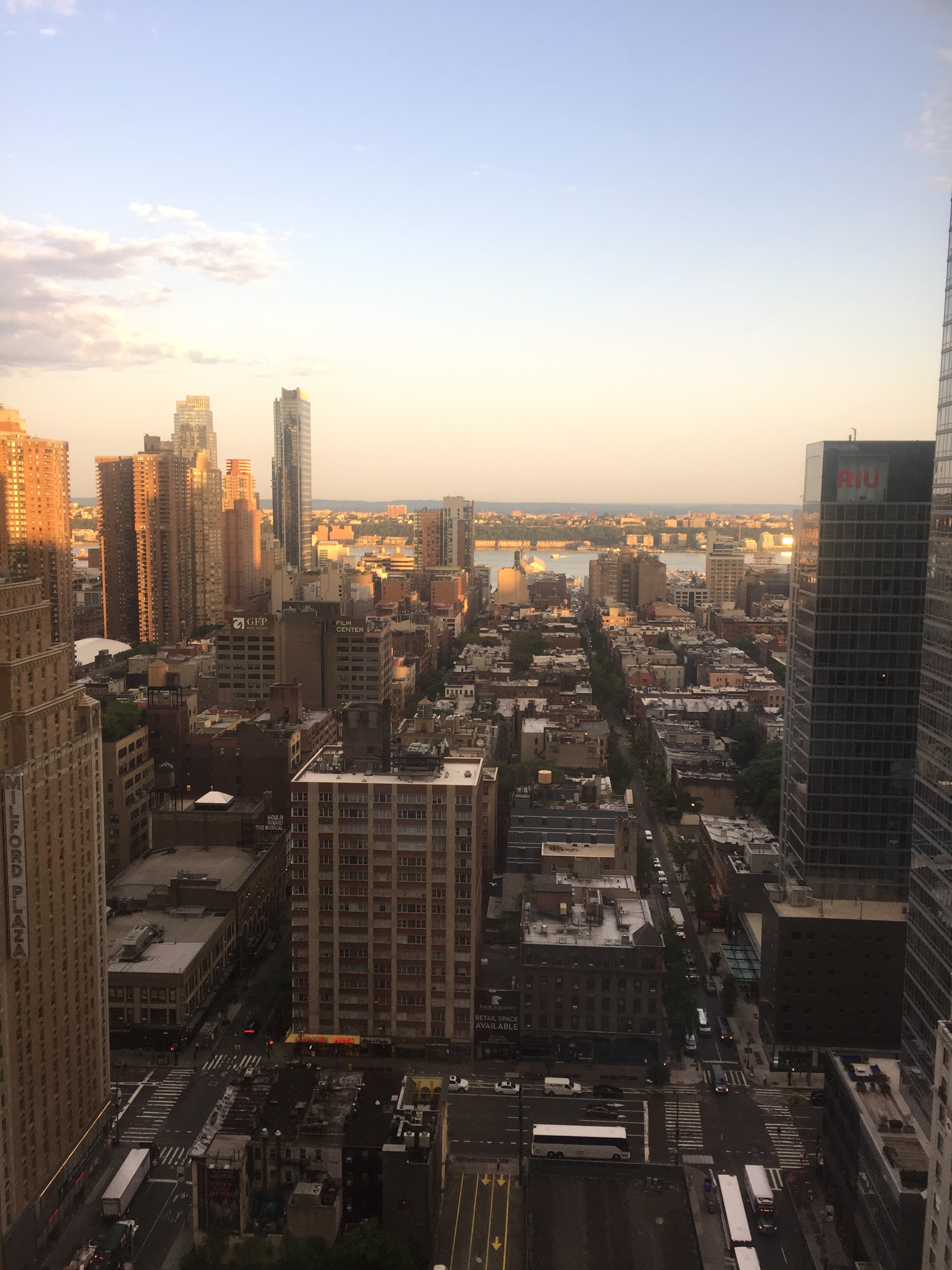 As a general rule, writing is a solitary sport. We communicate with our editors via notes in the margins and chat with our reads on social media, but most of our days are spent scribbling alone, coming up with ideas in the quiet space of an afternoon when the cat is asleep and everyone else is off at work.

The Annual Romance Writers of America Conference makes up for a year of lonely workdays in a single week. I’ve been home from the conference for a few days now and I can officially look back and discuss some of the themes, trends, and moods that I witnessed this year and what excites me most about being part of the romance writers community.

The RITAs Were Historic 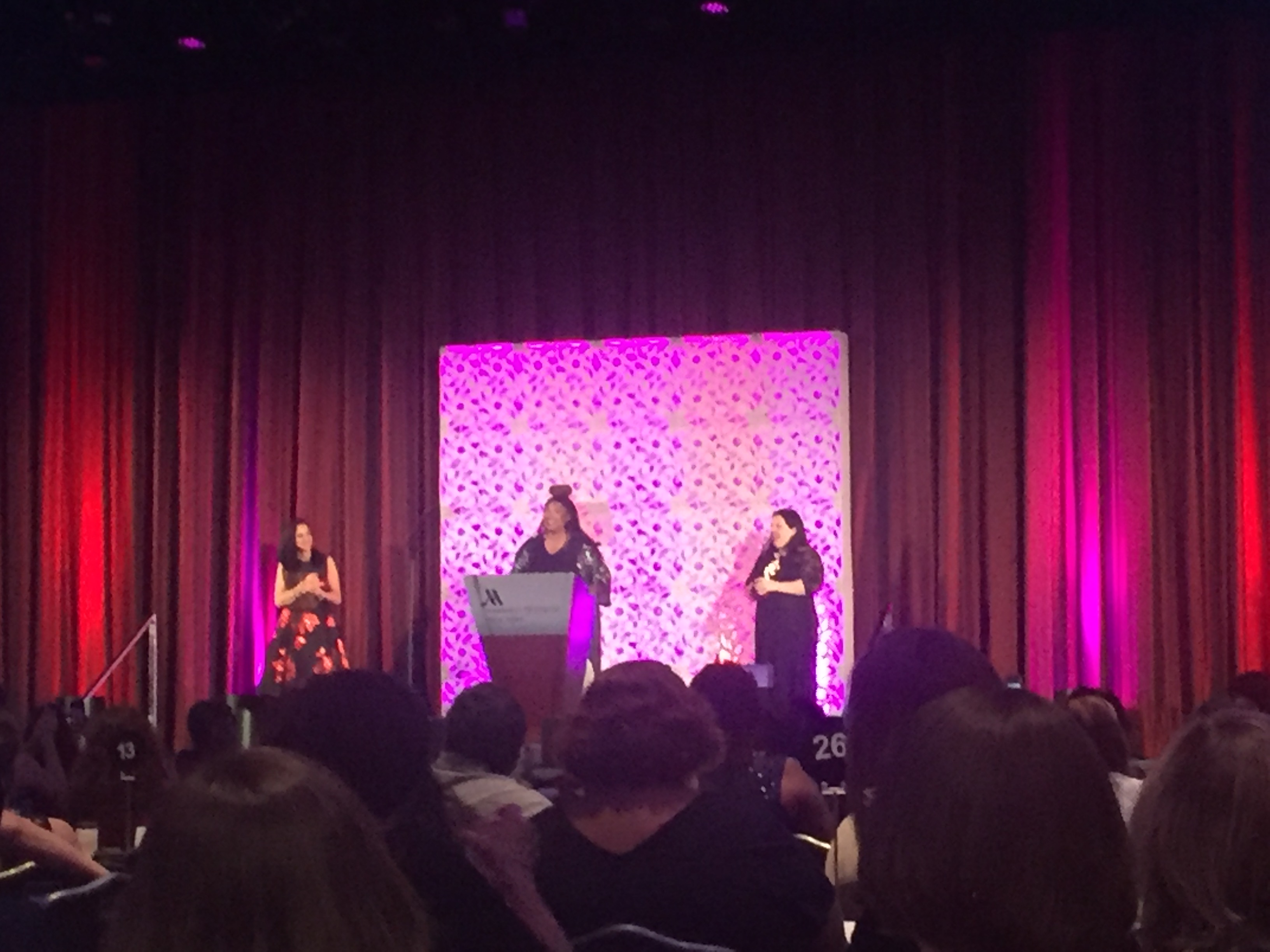 For the first time in nearly 40 years, the RITAs, RWA’s version of the Oscars, had a black winner. Two, actually, M. Malone for Bad Blood and Kennedy Ryan for Long Shot. Nisha Sharma, author of My So-Called Bollywood Life, was another historic winner this year. The RITAs have been under fire for years due to their issues of inclusivity, membership bias, and flat out racism for years – I’ve discussed this in previous blog posts – so to witness such an incredible turning point was amazing. 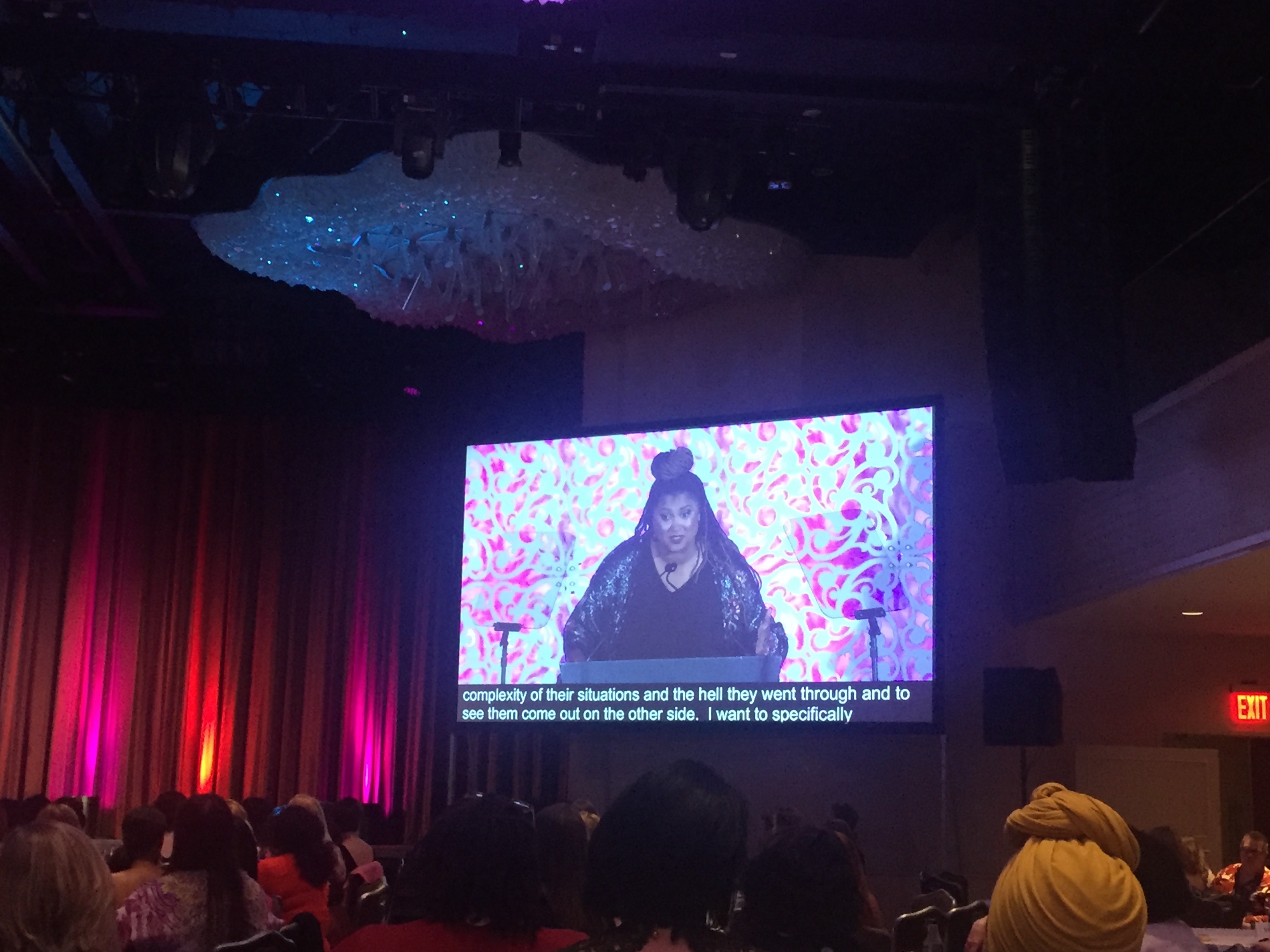 It wasn’t just the winners, either. Many of the members of my hometown chapter of RWA, the New York City chapter, were involved in crafting an event that honored trailblazers from years past who had not been previously recognized. Authors of color and queer authors made speeches, and a film was created to note some of the most important books of romance past. Overall, it was a far cry from RITA ceremonies that came before and I feel truly lucky to have witnessed it.

It wasn’t just the RITAs that addressed rampant issues of inclusivity within RWA. The National Board also opened the floor in an open house-style event to discuss issues facing individual members, chapters, and industry issues. They acknowledged that unleashed bias abounds within the industry and the organization and that it is no longer going to go unchecked.

Additionally, there were more events, speakers, and workshops geared to addressing systemic inequality. I attended several of the workshops on implicit bias and writing characters outside of your own experiences, as well as a round table discussion on microaggressions, masking, and privilege. While anything is a step up from year’s past, it was clear that thought and effort were put into this year’s planning.

Of course, with these changes, there were dissatisfied voices. While much of the unhappy response was guarded and below-the-breath, more than enough of it came from people who weren’t afraid to air their dirty laundry. Many folks were still upset over the dismantling of the Golden Heart Awards, which were so implicitly unequal that RWA didn’t even try to fix them, and others still made comments about editors and agents were ‘only looking for diverse books’ which is patently false.

When it comes to these responses within the membership, some are borne of ignorance and may actually be receptive to change and progress. Other women, as we’ve seen over the last few years of discussion, are convinced that any inclusivity is a threat to their privilege and they reject it out of hand. While it’s more than troubling to see the deeply rooted bigotry ingrained in many of our industry mates, there are effective ways to use our energy and the tide does appear to be turning.

Self-Publishing Has a Hold 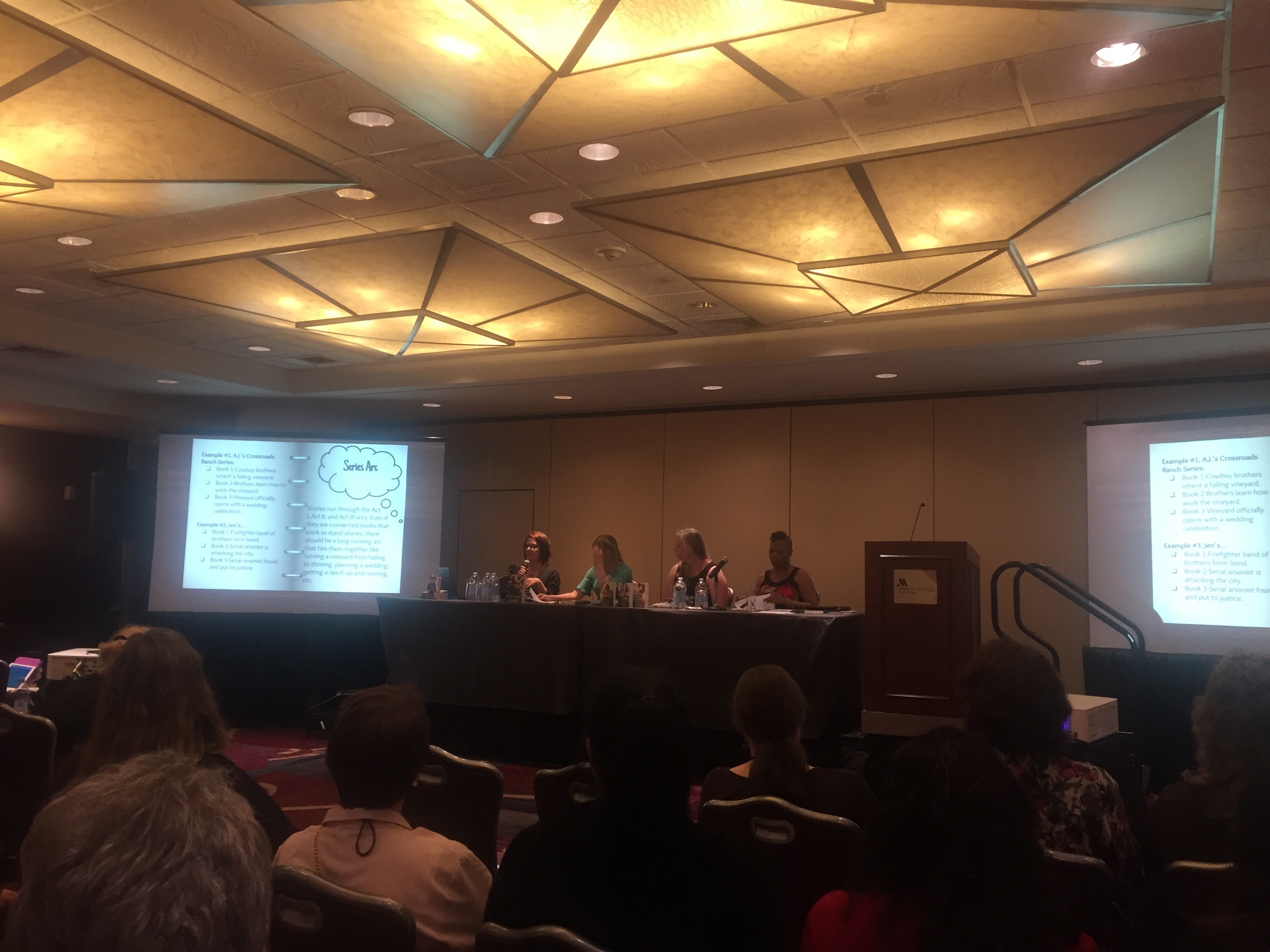 While the role of self-publishing has made serious changes over the years, this year, more than ever, it feels like a more fully accepted and integrated form of publishing than ever before. Many of the RITA finalists were self-published authors, and the workshops were often geared toward self-publishing, indie, and hybrid authors. It seems as though the tide is officially changing to welcome the different journies it takes individuals to succeed in this field. It doesn’t hurt that self-publishing authors can make a lot of money and the industry is starting to take note of that.

There’s Something to Be Said About Author Roomies 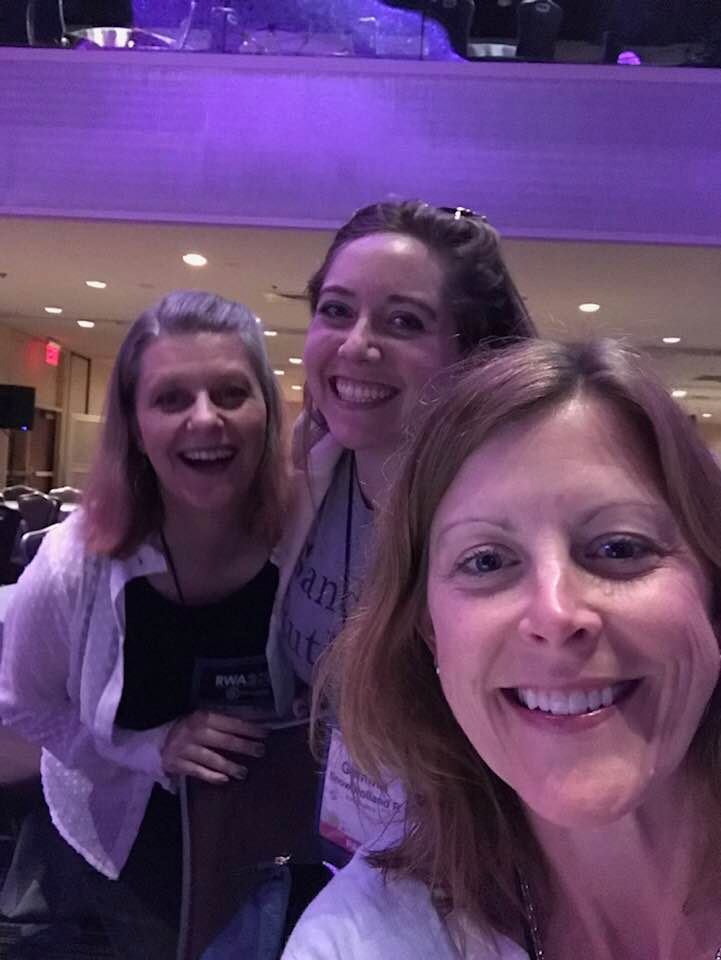 For the first few years, I attended RWA with my partner and last year I roomed with a friend from the conference. This year it was two friends and I hadn’t just moved 800 miles the week before, so I able to hone in on the different workshops and classes with a little more finesse.

The three of us ended up chatting industry for hours–most nights going to bed after one in the morning, and it made such a huge difference. I got a better understanding of a lot of the classes I attended, spoke frankly about industry changes, and generally learned more than if I had gone on my own.

Go In With a Plan, But Be Flexible 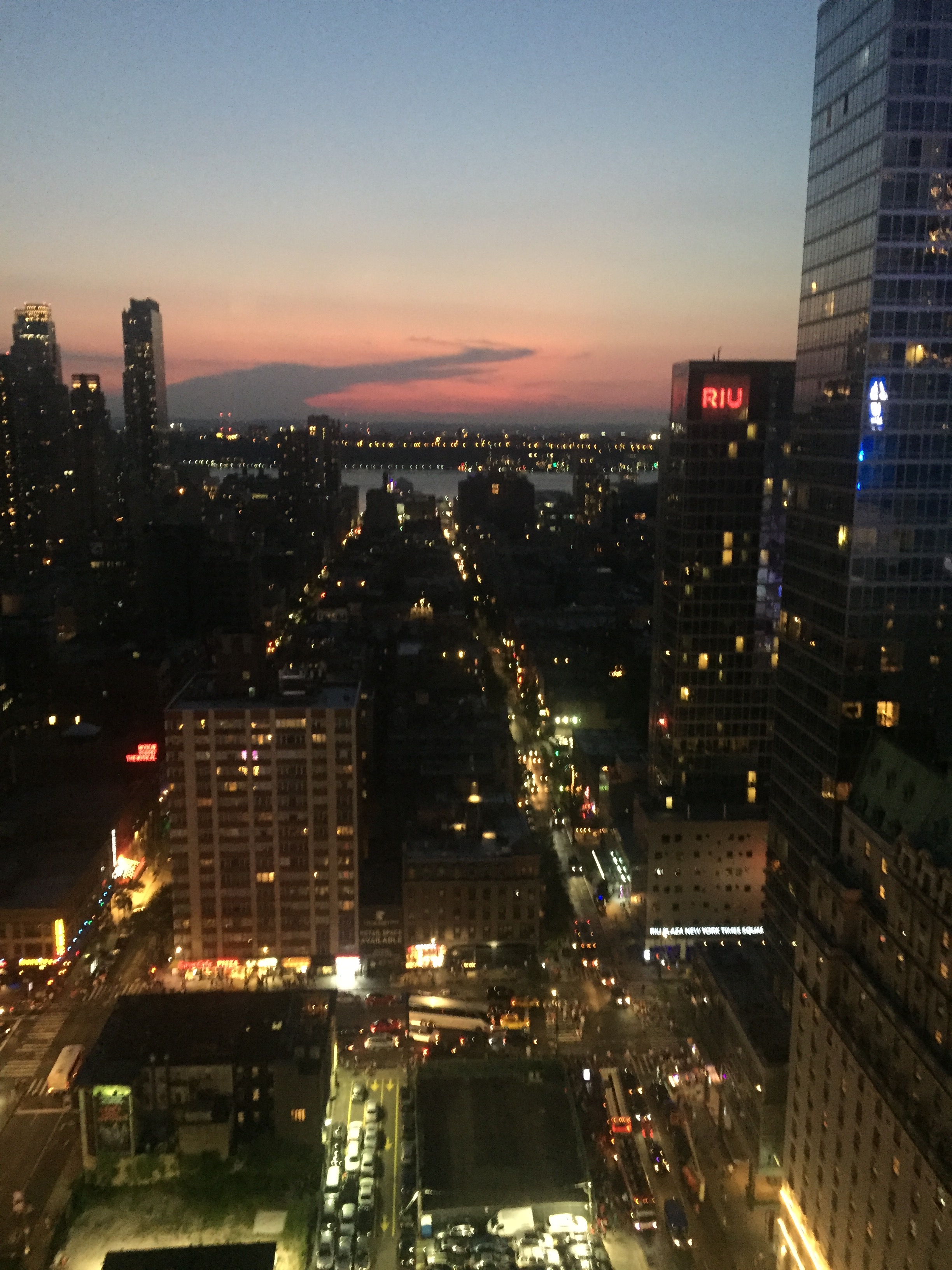 I believe that part of the reason this year’s event felt so wonderful was that I have a better sense of where I am in my career–and what needs to be done to help it. The first few years I attended, I was still trying to figure out exactly what it was that I was doing – not that I have it totally down now! But I have a full series out, several novellas, shorts, stand-alones, and other books, and I’m starting to see what I need to focus on.

That said–the schedule changed. It changed for the better. Much of this event’s beauty comes from the sheer amount of options, the people you meet, the industry professionals you introduce yourself to, the parties you attend. That willingness to change can make all the difference. 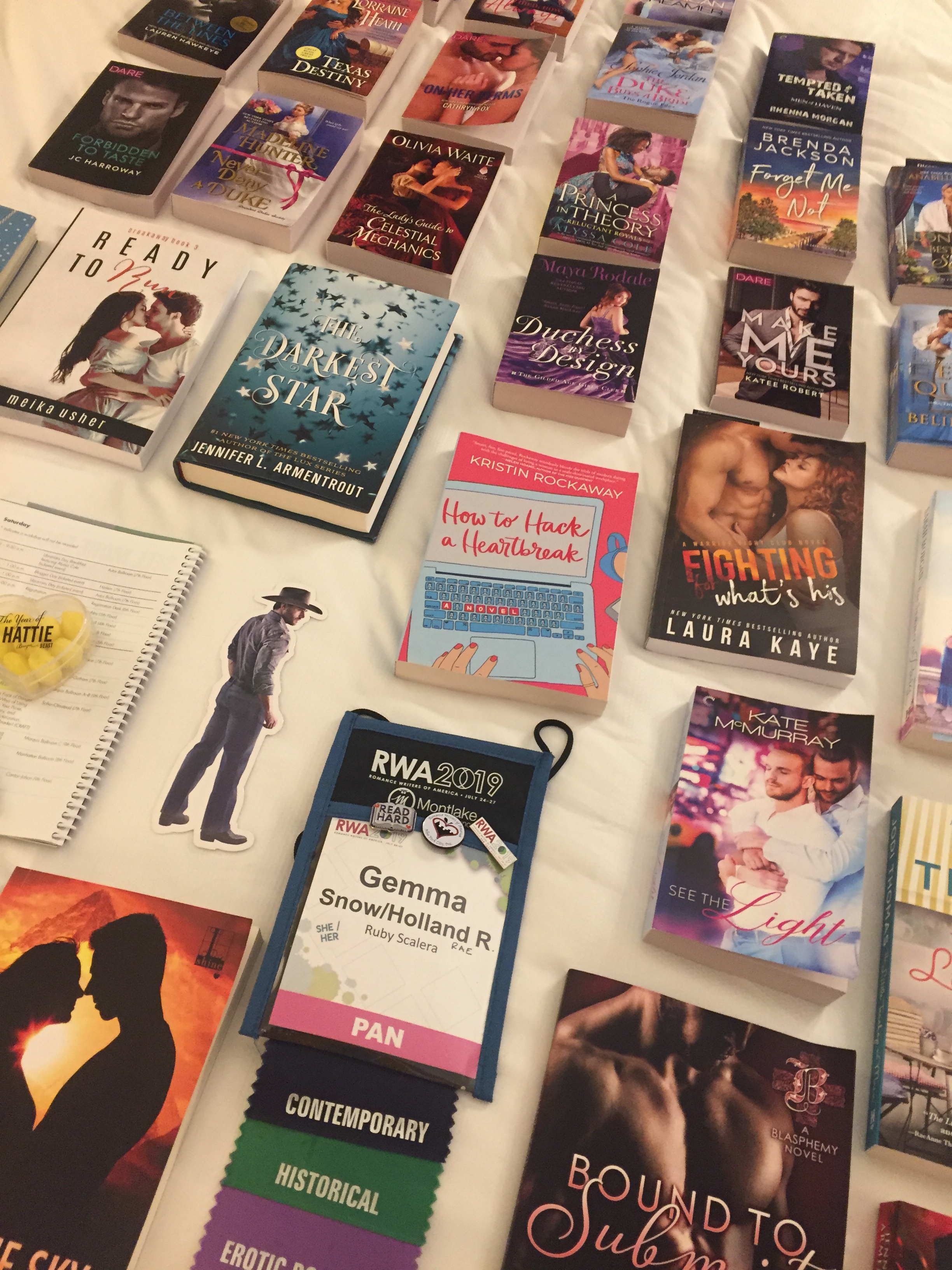 It felt good returning to my old stomping grounds and seeing many friends from my east coast chapter. I’ll be leaving for Montana this weekend – guess who just unpacked – and when I return, I’ll be making more concrete lists and actionable steps to take next. For now, I’m going to sit back and simply enjoy the post-RWA conference glow.