Step One: Learn Everything 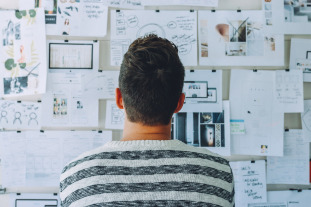 I used to think I could research my books as I went. I used to delve into plot and character development and setting and think I’ll get to that later. I used to believe that research was secondary, tertiary even, to the fundamentals of writing a story.

I used to be very, very wrong.

The more I write, the more I realize that researching isn’t the final step, it’s not the step that runs parallel to the writing process. It’s not the double checking facts on your last read through. It’s the most important part of writing anything– fiction, articles, nonfiction, anything. Here are a few of the reasons why research comes before, during and after the writing process.

You Need to Know Better Than Your Audience:

Even if your planet is entirely fictional or you’ve created a duchy from your own imagination, it still has to answer some fundamental questions. How do people breathe? Do the sovereigns of your land answer to the king? What’s the royal hierarchy in this world? Do people eat food grown from the soil or in an incubator? Is the soil rich in oxygen?

Whether the book you’re writing is entirely fictional or entirely realistic, you need to know the answer to every question. Sure, a lot of these questions won’t crop up until you start writing the book, but the more you know before, the better off you’re going to be. As with many elements of the planning process, most of this information won’t make it into the final product, but it will make you, the author, an expert and the audience will certainly be able to tell.

It Will Direct Your Plot:

I realized the fundamental nature of research when I was working on a novel involving bioterrorism. An old biology professor was kind enough to walk me through the basics of waterborne viruses, and I asked him if a virus could travel through the water cycle. I was intending to put the virus into the dam and have it rain down upon a city during the next storm– major plot point. Like, the plot.

Nope, he says, viruses don’t survive in gaseous states. It would no longer be in the water by the next rainfall. Then he thanked me for asking, because, in his words, it would drive a scientist completely nuts to read something like that. I was frustrated by the need to rewrite my plot, but much better to do it in the planning stages than after the piece has already been written.

It Makes Writing Faster and Easier:

Yes, you will have to research things while you write. Obviously, we can’t anticipate everything we’re going to need to know before we hit the ground running. But if you already have an idea as to the size of Brazil or the chronology of the French Revolution, you won’t need to stop and sort out the minutia.

Big picture research means a lot less stop and go from your Word Doc. to your Internet browser, and when it comes to getting that first draft down on the page, it’s important to get started and keep moving. Knowing the research helps to give you a roadmap as to where the story is supposed to go, whether that means an actual map through Brazil or the map of how to defuse a bomb.

It Makes the Writing Better, Too:

It’s not just about fast. When you know the history of a war or the way a virus might spread through a city, you can utilize the facts and figures to really make the book shine, instead of lightly glossing over the things you don’t know, or using generic terminology, instead of the more in-depth and interesting stuff. As mentioned above, you have to become a sort of expert on the subject, and the story will shine for it.

Not a car enthusiast? You better become one if you’re writing about hot rodders. If you use the term muscle cars instead of hot rods or refer to a 1954 Mustang by accident, (Mustangs went into production in 1964), then someone will know and they will either call you out or lose faith in your writing. As with my biology professor, you will hopefully have readers from all walks of life, and the trick here is to convince them you know what you’re talking about.

There’s So Much Room for Creativity:

But think about that – think about the pirates and proper Victorian ladies and gunslinging cowboys and samurais running around the world at the same time. Maybe they met on some international voyage. Maybe they got stuck in a hot air balloon together. The possibilities, when you take a step back to look at the context of a story, are endless. Having writer’s block? Look up famous friendships, inventions or urban myths of your era, you’re bound to find something.

It shouldn’t come as any surprise that research is important to writing. The trick is understanding just how important it is. When writing historical novels, I do idiom origin searches to determine if my dialogue is anachronistic. When sending my characters on an adventure, I pull up Google Maps and determine exactly how long it would take them to get there by car, bike or riverboat. These details, while often time-consuming and frustrating, are what sets a well-researched book apart from a book that is simply well-written.

The truth is, we’re not experts on everything (ha, I’m not an expert on anything.) But with good research and a willingness to commit the necessary time, you might just be able to convince your reader that you are. ♦