The Takeaway From NaNo 2019 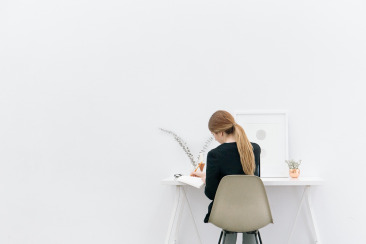 Happy December! It’s the holiday season, chilly weather and the best part of all — National Novel Writing Month is over. Over. This is officially my tenth successful year, of 11 attempted, and I’m surprisingly pleased with my final product. I completed the first book in my series and reached the halfway mark on the second, and while there’s a world of editing ahead of me, I’m very pleased with my progress.

National Novel Writing Month isn’t easy, but it’s worth it. Here are a few things I both learned and re-learned during this year’s challenge.

It’s Hard to Write Every Day

When it comes to NaNo, remember, you have to put out a pretty intense word count. I rounded my daily writing requirement up to two thousand words a day, which doesn’t seem like a lot, but think about it in the context of everything else. We have work, family, holidays and more, and November is a particularly challenging time, schedule-wise, so writing every day can be hard.

And that’s part of why NaNo is so great. Because if you don’t write every day, it gets even harder.

You Have to Stay on Top of Your Story

It’s sort of a forced proximity kind of thing. Writing every day requires a pretty big commitment, that’s a good thing–for a short amount of time, at least. The thing is, if you fall behind on NaNo, you’ll find yourself in a lot of trouble. Trust me, I’ve spent the last weekend of November furiously pumping out words in the past. It’s a way better plan to stick to your daily word count.

And That Helps Your Story

Do you ever go a week or a month without working on a project? It’s really hard to get back into the groove, the tone, the plot, the minds of your characters. Writing every day is one way to ensure that you’re always on the ball where the storyline is concerned because you’re always writing. This way there’s no weird transition period to get back to your book.

There’s Something to Be Said for Writing Fast

I’ll probably come to regret this statement when I set out on that first round of edits, but the truth is that when your story is on deadline, you write it more quickly. The words flow, the plot does it what it wants to do, and you’re sort of along for the ride on this crazy writer’s high. It might not be sustainable to write every single day, but it certainly benefits the book.

Oh Yeah, I have a Book Now

This past weekend, a friend of mine mentioned that she’d reached about 33,000 words for her NaNo challenge and I freaked out. Forgetting all of my own hard work — probably to repress the difficulty of NaNo — I just couldn’t believe that she’d written 30,000 words in a month. I mean, that’s crazy.

Not as crazy as 50,000, of course. Because the challenge can get a little overwhelming and it’s easy to get wrapped up in the details and the camaraderie and the madness of NaNo, we can sometimes forget that, damn, we wrote a book in a month. Yeah, I have monumental edits before me. But as the great Nora Roberts said, “I can fix anything but a blank page.”

It’s Hard, But It’s Worth It

I forget, from year to year, just how hard NaNo is. In some respects, knowing I was working on a book for my editor, that it was going to go somewhere and had a purpose, made the whole thing easier. In other respects, NaNo used to be my escape from work and this year it became a duty all its own. Still, the challenge is just that, a challenge. It’s a marathon, a test of skill and capability and strength and there’s something really awesome about pushing yourself further and harder to complete that book. Because you are writing a book and that’s awesome.

No matter where you landed in NaNo, whether you won or not, it doesn’t matter. You rose to the challenge and gave it your best and you have something to show for it.

I don’t know if I’m doing NaNo next year. I write all the time and pushing out a book in a month is not a totally unusual practice for me. Still, it’s a wonderful feeling to be part of the NaNo community, to post the winner’s badge to my social pages and to take that deep sigh of relief at 12:00 on December 1st. Don’t believe me? Next year consider trying it out for yourself.