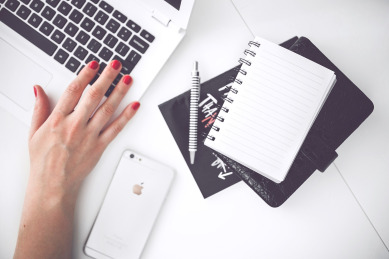 I’m a Type A creative with a Gemini star sign and a Ravenclaw personality. I work under stress or I don’t work at all, and the more I have going on in a day, the more productive I am. At the moment, I have two novels back from the editor in various stages of editing and three short stories due for submission and that’s just the writing, not the marketing, freelance work, startup company or part-time job. Really, I only work under pressure.

But it also means I have to be incredibly organized. Every writer has their own style and approach to a story. Some research first – a topic I plan to broach next week – others outline and plan, and some dive right in with nothing more than a name and a vague idea for where their novel might end up. As you can probably guess, I’m not one of those people.

My writing process is as close to a step-by-step as a writer will ever get. There is no DIY instruction for writing a story. Books don’t work that way, and if they did, they wouldn’t be as good. This isn’t Mad Libs, it’s creating worlds, building new life. Despite all evidence to the contrary (and if you look at my bizarre search history, there is much evidence to the contrary,) this is work.

My writing process begins with what looks like doing absolutely nothing. For days, something weeks or even months, I’ll just think about the story, a kindling idea in the back of my head. I have series that I’m not ready to touch but have been nestled away for years, just waiting for the right opportunity. When I’m walking to work or at the gym, these stories will pop up and go on winding journeys, each one a possibility for plot, character development, obstacles and more.

Many of these journeys are red herrings, and I discard them as quickly as they come. Others linger, taking new forms and sharpening, clarifying until I have a clearer understanding of my character’s personality, goal, motivation, and conflict. A lot of times this includes my bouncing ideas off of family members and friends, until I, as the author, understand the true fundamentals of the story.

After the ideas have been simmering a while, or if it’s time to get the sequel to my editor, I’ll settle into the planning stages. This is different for each book. In one of my trilogies, I had already written the first book and simply dove into the outlining process on book two. For another series, this one with six books, I had to outline the larger story, tying in each of the characters and plotlines so that the challenge ran through books one –- five and came to a head in book six. That one is out on my bulletin board, a few pieces of yarn away from full-on conspiracy theorist aesthetic.

I go from planning into a bare-bones outline. This will probably change, but it’s as close to a roadmap as I’m going to get, and I’d much rather take a detour off a road if I know how to get back on it. Here, I will play puppet master with my characters. Section one – get to the island. Section two – battle scene. Onward and upward from there. If I know details about the scene, specific lines of dialogue, for instance, I’ll make notes of them on this version of the outline, but otherwise, it’s fairly skeletal.

Depending on the nature of the book, I might flesh this outline out or I might not. If I do, I’ll go through scene by scene and add more detail, thoughts about the environment, clothes, secondary and tertiary characters. Each book asks for different things so this step might feel necessary for some stories and extra work for others.

And then I write. I could spend the rest of my life outlining and planning, but at some point, I need to put fingers to the keys and get the words down. So I just start. Usually, by this point, I have a decent idea as to the first scene of the book, so getting down to business is a matter of actually doing it.

I don’t reread my work – unless I need a refresher on where I am – until the end. It slows me down and my goal with draft one is to get as much of the story written as possible. So I write, in big chunks, several a day, until the book is done.

And then I go back and I read it. This first reread is all about initial impressions. Do things makes sense according to the timeline? What needs to be moved around? What elements of a character’s personality are inconsistent? If I see grammatical errors, I’ll fix them, but it’s like polishing the sink when the house doesn’t have walls. Big picture first.

After that first reread, I print the book. On paper. It’s not an ecological step, but it’s a necessary one. There’s so much I miss when editing on the screen, and so I put my red pen to the page and go line by line, searching for both big and small picture changes that need to be made. I edit sentence structure, dialogue, literally anything that I feel would make the story better. This is the slowest and most tedious part of the process and if I try and do any more than ten pages at a time, I lose focus. But I eventually finish and then set about the insane process of inputting those edits and making them fit with the story. Another slow-going, but necessary step.

And then I read it again. I usually give myself a day or two between the editing input and the final read through, but at some point, I need to see what the final product looks like, whether my changes disrupted continuity or if more changes need to be made. This isn’t an easy read through. I know the book backward and forwards and I often find myself wandering. But then I’ll yank my attention back to the final draft because this is a needed step, when it comes to my process, at least.

If the book gets accepted to a publishing house, it will go through another three or four or five rounds of edits. My recently accepted novel had four seriously different drafts before it found a home, and I have more red pen waiting for me on it. But that’s the process. In many ways, the writing is the easiest part. I know it’s my favorite.

So no, writing a book doesn’t come with a road map, not really. Through trial and error, we find the ways that work for us, the steps we, as authors, feel we must take to create the best book possible for our readers. Sometimes it is easy, sometimes it feels impossible, but it always an adventure. ♦