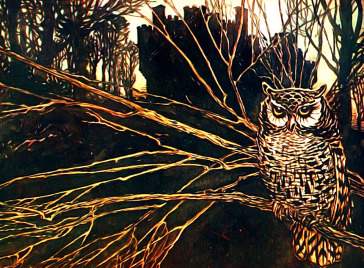 My grandfather was a writer. He was a songwriter and a playwright, a historian, children’s book author and general teller of tales for as long as history dates back. Up until the last, he was writing prose, crafting the perfect sentence and muttering cantankerous, but always Shakespearian-level insults, at those who irritated him or, often, interrupted him during a story.

My grandfather never asked why I chose to write romance novels. Or rather, he did ask – but not because of some lingering judgment, some poking of fun at my career and artistic passion. He asked because he genuinely wanted to know, because he wanted to understand what made another writer tick. In his mind, there was no room for bashing another genre or art form, merely room for trying to understand and learn from it.

And so he would listen, as I ranted and raved about progressive values and women’s stories and agency and history and all the things I so deeply admire about my genre. He would ask questions, about how it had changed over the years, about my chance of commercial success, about how challenging it must be to write books where everyone already knows how it is going to end.

And then, he would look at me, pat me on the shoulder hard with those swollen hands and give me a big old grin and he’d say,

I started professionally writing when I was fourteen and I produced my first chapbook of poetry. I attended my first creative writing workshop at just eight years old. I have studied at universities around the country and around the world. I have learned from teachers, professors, writers, journalists, authors, editors, agents, and readers. I have been given a lot of advice.

And while a great deal of it has been good (and, naturally, a great deal has been truly terrible as well,) nothing has yet come to claim the crown as these simple words from my grandfather.

Perhaps it is a little of all those things and likely so much more. Regardless of the reason, I will keep that advice close and follow it – be a storyteller. In books and in life.

For all my grandfather claims he was not, he told an incredible story. ♦