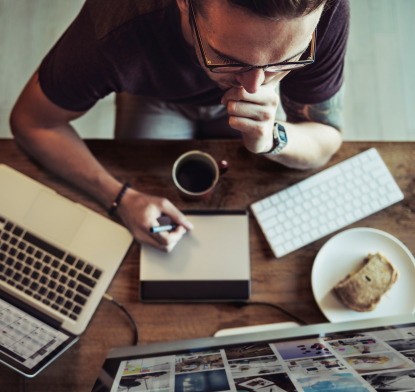 Do you ever get the sense that you’re skimming a character’s surface? Most books are written in third person, and it’s not unusual to find yourself wondering why you feel so disconnected from a hero or heroine’s emotions and thoughts. If it’s close third, which is one of the most common forms of writing, you as the reader should feel intimately acquainted with their physical and emotional reactions to the events and circumstances surrounding them. 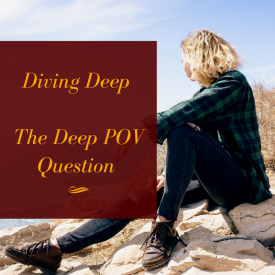 One of the best ways to do just that, delving deeper in your character so that the reader understands and connects to them, is through deep point of view.

Now, as a disclaimer, deep point of view isn’t going to hit it for everyone. Some books don’t use deep point of view at all, whereas others employ it liberally as a tool to bring the reader and story closer together. The goal, ultimately, is to make your reader feel as though they are no longer reading, but rather, fully immersed in the story.

There are several ways to go about doing this. Here are just a few.

Molly saw that the fields had turned yellow with that year’s crop of sunflowers and she felt her face form into a smile, as she wondered how long it had been since she’d seen the farm so full.

The fields had turned yellow with that year’s crop of sunflowers and she smiled at the sight. How long has it been since the farm was this full?

One of these sentences tells us what the character is seeing and feeling and the other shows us. Filtering words have their place, but most often they take a character and a reader out of the scene they’re experiencing and thus distance both. The closer you as the author can get to the character’s experience, the deeper into the story your reader will feel. A lot of times, this will show itself in italics, as the character thinks.

This goes in two directions. While some genres accept multi-pov stories, and I write in multi-pov often, there is a limit on head-hopping, or sharing information that you as the author or reader will know, but the character will not. Keeping cognizant of this element will ensure that your character learns the story as it unfolds, instead of bearing some omniscient power to predict or hear things that are going on outside of their scenes. If your character doesn’t know something based on the plot, it’s going to really jarr the reader if they behave as though they do.

On the flip side, don’t be obvious with the information the character does know. Yes, you as the author need to get information to the reader, that’s pretty much job number one, but in order to do that you need to limit repeating things your character would already know.

For instance, a character would know her own husband and would simply refer to him by his name, rather than saying my husband. If she’s thinking to herself, which is essentially the way we are telling the story, she won’t go over the number of years she’s lived in a place unless it’s relevant to the plot, and she won’t tell herself stories she already knows.

While this can be difficult to work around, obviously you need to explain the character of the husband or things will get confusing, working the information in via dialogue or memory are a few ways to avoid jarring the reader with a thought that would never cross a person’s mind.

Do you ever find yourself walking around thinking:

I was born in a small town, with a steel mill at the far end and a single bus line that ran the twenty mile stretch of highway to the nearest hospital. When the steel mill closed and the jobs all disappeared, my family didn’t know what to do…

You get the picture. We don’t think in exposition. We also don’t speak in full sentences, but that’s another topic. The point is, when you’re trying to reach a deep POV storytelling style, you can’t give into the info dump. Throwing all the facts and figures at the reader, especially facts and figures that the character would already know, as seen above, is a surefire way to pull the reader out of the scene and obviously the goal is to keep the reader in the scene.

There’s rarely a good time for info dumps, but especially when you’re trying to pull a reader into your character’s head. Weaving the information in throughout the story as a series of memories, conversations and passing thoughts is a much more organic way to provide what you think your reader needs to hear. Remember, nobody thinks in paragraphs.

There are many ways to reach a deeper POV, but hopefully, these suggestions will help guide you towards a more fully-developed character that your readers will love. After all, at the end of the day, stories are all about character, so make yours a good one. ♦