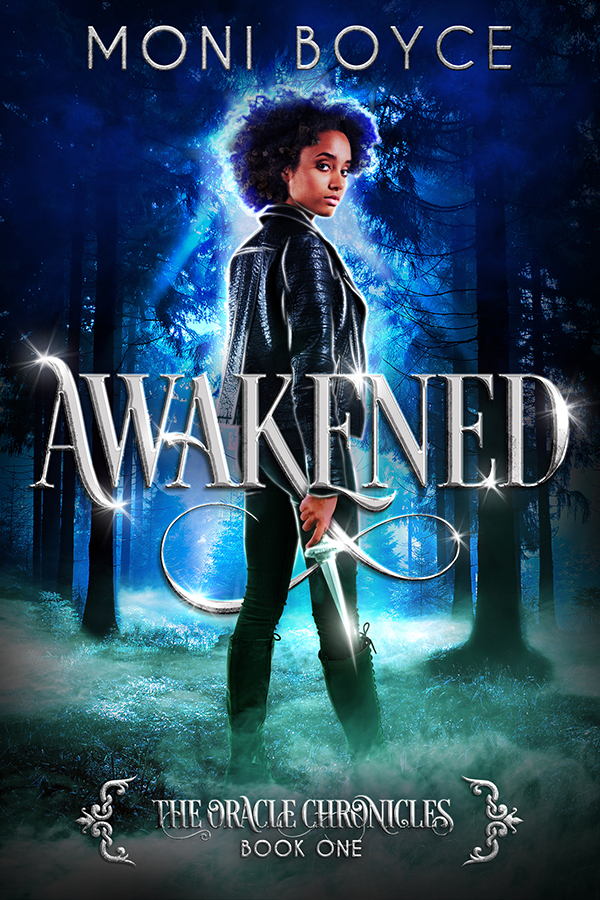 I got to sit down with my friend Moni to chat movies, vampire mythology, and her series, The Oracle Chronicles. 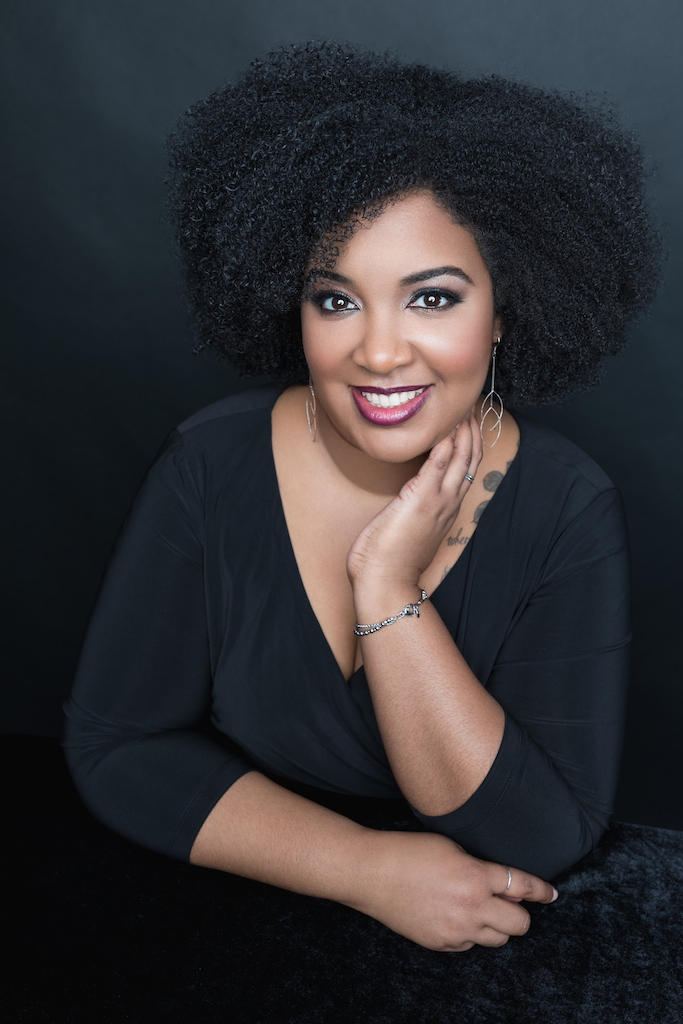 All throughout my childhood and until I graduated high school I wrote. I would write short stories and poetry. When I got to college and began to pursue filmmaking it became about helping others tell their stories. It was a year or so after my divorce that some friends suggested I get back into writing.

I think most writers will tell you the challenge comes in having enough hours in the day to write. Dealing with writing as a business requires more than just writing the next manuscript. You spend time on marketing, maintaining your social media and website, etc.

If you have the budget for a virtual assistant that’s great, but when you’re starting out you might not. That doesn’t even take into account someone who’s married and/or has a family and is still working a full-time job. In terms of overcoming it… I don’t think you ever fully do. Life is always there and you just have to try and schedule, organize, compartmentalize the best you can and learn not to beat yourself up if you miss a deadline or don’t get as much done in a day as you hoped you would.

When I write contemporary standalone novels there isn’t a lot of research I do, unless a character has a job that requires me to get the terminology correct or I’m using a setting I haven’t visited. I’m what the writing world refers to as a pantser. I’m not a plotter. You will not find meticulous outlines stored on my computer. I prefer to let things happen as I write. I’ll have the general/loose idea in my head and know the outcome, but each day when I sit down to write it hasn’t all been planned.

Hmm, cool , weird or interesting. I would have to say one of the cool things when I was doing research on vampire mythology was learning that Vervain was real. I first heard the plant/herb mentioned in The Vampire Diaries and thought it was something they’d made up for the show until I did research and learned that back in ancient times it was in fact used to ward off vampires.

I know it sounds cliché, but knowledge is power. Learn everything you can about craft, which will only make your writing that much stronger. But also learn everything you can about the publishing industry so that you understand the way things worked. When I worked in film I saw people getting screwed over because of their own ignorance. I always make it a point to understand the inner workings of a business or industry I plan to work in.

When I work at home. I write at a desk in my bedroom that faces the wall. It’s covered in post-it notes and notebooks. I’m not a huge coffee or tea drinker. I usually just have water nearby. Occasionally, I might play music. Sometimes I will go to Starbucks or some other coffee shop to write which can open up my creativity in a new way. I enjoy people watching and that can be very helpful to my creativity.

The character I’d most want to date is in a WIP. Ask me again in a few months. If I have to choose out of my current characters I would say it’s a bit of a toss up between Alex in Redemption of the Heart and Max in The Oracle Chronicles. Alex has an I want to take care of you quality, but I respect your independence thing going on that makes me melt and Max is funny and seems like he’d be fun in the bedroom.

Sometimes I’m like a kid with a shiny new toy. I have a release schedule I try to stick to, but sometimes my brain has other plans.  I’m torn between working on a contemporary romance series about brothers in a motorcycle club, working on the spin-off series to The Oracle Chronicles or another contemporary romance series I’ve been outlining. I may write the first book in each series and release all of those, instead of just focusing on one series. I just have to decide.

Moni Boyce is a writer, filmmaker, poet and author of contemporary and paranormal romance. She spent the last fifteen years working in the film industry and now creates characters of her own and brings them to life on the page. Moni has ghostwritten romance novellas and novels for over a year now and decided to put some of her own creations out in the world.

She considers herself a bookworm, film buff, foodie, music lover and an avid world traveler having visited 33 countries and counting. She lives a bit of a nomadic life, but considers Los Angeles home. Which is the subject of her first travel book: Greater Than A Tourist – Los Angeles, California: 50 Travel Tips From A Local.

Tell us a little about your new release: Awakened!

Awakened: The Oracle Chronicles is the story of this woman who finds out that the women in her family are Oracles descended from The Pythia, Oracle of Delphi. She also learns that a faction of witches known as The Protectors, are assigned to protect her.

Currently, Killian, the vampire king wants to control her so that he has the ability to see the future and use that to have supreme control over humans and supernaturals. She goes on the run with The Protectors and while she learns more about who she is and how to use her powers, she starts to fall for Eli Walker, the head of The Protectors, who’s also forbidden from loving her. She doesn’t know that though.

I like watching  movies and shows like The 100 and Star Wars where the main character takes a journey of self discovery through learning about powers or abilities that they have. Most recently, I really enjoyed Spiderman: Into the Spiderverse. I love these stories, but it’s not often that the main character is a WOC. I wanted to create a story where the character is a black woman and she learns she has these incredible abilities and she goes on this journey to come into her power. She’s a little immature at the beginning and you see not only her powers grow and mature, but you see her mature as a person as well.

Usually, I would dive right in, but I didn’t do that with this story. I knew this was going to be a series so I wanted to make sure that I did some world building so I knew what the world of The Oracle Chronicles looked like.

From the minute I started thinking about who the characters were, they started to take on a life of their own. I knew I wanted the witches to have lineages that traced back to real witches or entities that could be researched. Developing each characters backstory is always a lot of fun, even when it’s things the reader may never know. It’s how you’re better able to create their personalities when they have a history and a life before the book begins.

Awakened is book 1 in a 4 book series. Book 2, Enlightened is out. Book 3 Empowered is up for pre-order and do out Sept. 24th and Book 4 will be up for pre-order soon and will be released in mid-December. I’m planning for a spin-off series in 2020.

Sleep was pulling and tugging at every part of her physically and mentally. The long yawn that left her mouth made her shake her head. The minute she hit the mattress she was asleep in seconds.

When the thought entered her mind she knew she was dreaming, but wherever she was, she’d never been there before. She looked down at her body and saw she was still wearing the bathrobe. A chill crept up her spine because this felt eerily real. In any other dream she wore a random outfit. The hallway was massive, like she was in a palace. Her bare feet made no sound as she tiptoed down the corridor, frightened she would encounter someone. This place had an ominous feeling. She shouldn’t be here.

A large doorway loomed at the end of the hall. The door was slightly ajar. Against her better judgment she crept towards it.

What am I doing? Why am I going to investigate? I should head in the other direction.

Despite the screaming thoughts in her brain she proceeded to the door, frantically looking around for anyone or anything that might lurk in the shadows. The sliver of an opening was enough for her to press her eye to and attempt to look around without being caught. It was a bedroom. There were floor to ceiling windows on the far side of the room. There must have been a balcony or terrace situated outside because the flimsy, gauzy curtains billowed out from the windows, caught by a breeze. In the dimness she could barely make out a sleeping form in the cavernous bed. The room seemed devoid of anything else, save a large armoire.

Something made her crack the door open and walk inside.

What are you doing you crazy person? Go back. Get out of here.

Still she moved closer, her curiosity carrying her closer and closer. Seconds later, she stood on the stairs that led up to the bed. Her hand and arm shook as she reached out to touch the shoulder of the sleeping form that had their back to her.

His sinister voice froze her in place. The hairs all over her body stood on end. This was Killian’s bedroom. He rolled over and sat up. The covers slipped down revealing his naked chest. His green eyes scanned the darkened chamber. She was sure his vampire sight allowed him to see just fine despite the lack of light. The crazy thing was, he seemed to look right through her like she wasn’t even there. She waved her hand in front of his face.

His eyes continued to search the room. While she was definitely dumbstruck that she was invisible to him, her mind chose that moment to have a stupid thought.

If he’s a vampire why isn’t he sleeping in a coffin or underground?

She wanted to kick herself.

Really? Right now is not the time for this.

“I can smell the witch on you, Willow.” His nostrils flared.

Her body went rigid with terror.

The derision in his statement made her wonder if he knew she was staying at the Walker Coven. After the attack he already knew she traveled with witches.

“I will find you.” He sounded so sure she swallowed to keep from choking and clutched her throat feeling like he was strangling her.

Her eyes flew open, and she took in a deep, much needed breath before she sat up and looked around the beige and white, eighteenth century bedroom she occupied at the coven and sighed. 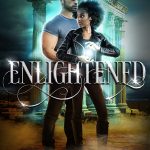 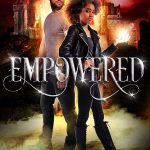