Get Series-ous: Seven Things to Do Before Starting Your Series 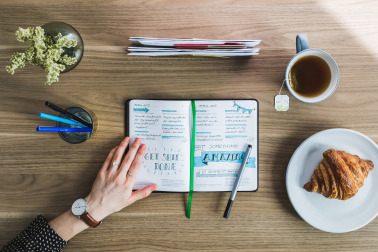 Though it may seem counterintuitive, writing a series is oftentimes easier than writing a stand-alone book. For one, building your world, and the characters, settings, and constructs within that world, is something you do only once, using the following books to add or expand, but not start from scratch. In many ways, an author becomes far more intimately acquainted with their story by writing a series, and that certainly aids in the writing process.

But though it has its many positives, the ability to market and sell, for instance, there are certain pitfalls any writer can run into if they’re not careful. Taking these precautionary steps in advance will help you to minimize the challenges down the line and, hopefully, to produce better books.

Determine What Kind of Series it Is

Simple – are the books plot-oriented or character-oriented? Essentially, does the plot go from one book to the next, or it is largely tied up in the end? Can the books be read on their own, out of order, or does the reader need to stick to chronology? Determining this will help you when it comes to organizing and planning. If a series is plot oriented, say like Harry Potter or The Red Queen, you have to know how it’s going to end. Once book one is out there in the world, you don’t get to go back and change elements or add foreshadowing for it to fit the finale you determine several books later.

This isn’t to say you need to know the exact plot of each book before you start writing number one, though it’s certainly not a bad thing if you do. But a basic understanding of story arc and the rise and fall of each book is necessary for pacing, plotting and delivering on reader expectation.

Of course, if the story does wrap up at the end of each individual novel, and the books share a series for their recurring cast, common location or the characters’ shared profession, determining each plot in advance isn’t nearly as necessary. But knowing what type of series you’re writing is fundamental to getting started.

Build Your World – and Write It Down

Whether you’re developing a futuristic community in a Post-World-War-Four colonized Mars, or you’re writing small town romances in a real beach community in Maine, you need to know how your world looks. What are the customs, who are the regulars, where is the library in relation to the lake, or the moon in relation to the sun? Get to know the details that are going to show up again and make note of them, because they are going to show up again.

One of the largest risks writers run into when working on a series is inconsistencies and continuity issues from one book to the next. A great way to combat this is to make yourself a folder, a notebook or a Pinterest board of inspiration and facts.

I keep my series database in a Google Docs folder, so I always know where to go back and look for information that I will inevitably need for future books. One thing is for certain, it’s much, much easier to write the info down than to go back through previous manuscripts to find it. And always be sure to keep the facts fresh, if you change them as you go.

Really Get to Know Your Cast of Characters

This ties into both of the above topics. For one, if you’re writing standalone books with characters whose stories may interact but aren’t fundamentally related, the heroes and heroines you introduce in book one or two will eventually become the main characters in book three or four, and you don’t want to find yourself with a hero whose name or profession or propensity for kicking puppies down the street is something you need to work around. At the very least, go in with an understanding of what secondary characters will eventually become primary characters.

And, of course. Write that ish down. Write down eye color – you’ll thank yourself ten times over for that. Write down age. Write down backstory. This stuff will make an appearance and you’ll waste valuable writing time by having to go looking for it.

Personally, this is one of my biggest challenges. With several books, whether fundamentally or cosmetically connected, it’s really important to make sure that the timeline behaves properly. Some series take place over the course of months or years, others days. Some series will end one book and start the next the same afternoon.

The details as to when events happened and when they are going to happen are the bread and butter of the story, and your readers will call you on the book if you make a mistake. Pay special attention to the ages of the characters, and when they went through life-changing or character-altering experiences. If a character has their degree, remember how long it takes to get that. If a character was in the army, you need to know for how many years, and that number has to be the same every time.

As with specific details, writing out the important dates and the ages your characters were when those dates occurred, if the story has a lot of past included, is an easy way to mitigate future headache.

Determine Your Audience and Your Tone

Remember, you’re writing more than one book here. Some series are huge – Suzanne Brockmann just came out with the nineteenth book in her Troubleshooter series. However, the series starts, the tone of voice, level of humor or darkness, writing style, is going to need to be consistent throughout the books. If you try something totally new and out of your comfort zone for book one, be prepared to do so for all of the books in the rest of the series. If that scares you, then stick to the style you know.

Fundamental to this is knowing who you’re writing to. Of course, when we go into any book we have to ask ourselves who the audience is, but it’s especially true with a series because you’re trying to get readers hooked for the long haul. Understanding your target demographic before you begin the writing process will help orient you to catching their attention and keeping it as the series unfolds.

Keep Your Titles in Mind

You might have found the perfect title for book one, but can you recreate the style or feel of the title in the following books? Not every series has similar titles. For instance, The DaVinci Code and Angels and Demons don’t really have all that much in common. On the other hand, look at Red Queen, Glass Sword, and King’s Cage,  from Victoria Aveyard. Look at Harry Potter. Look at A Series of Unfortunate Events.

Perhaps title continuity isn’t important to you, but determine that before you send out the first book and it’s too late to do anything about it.

Time is Passing in the Real World Too

This is something we need to keep in mind regardless of whether we’re writing standalone books or series, but the impact is far more obvious across a series. It’s really important to remember that things change all the time in the real world, perhaps more so now than ever before. If you’re going to make references to television programs, new technology, fads, trends or hot actors, remember that those things, brand new as they may be when you write the book, will no longer be brand new in a year or two when your next book comes out.

Limiting those kinds of dating references–for instance, if you picked up a book that referenced the popularity of Pokemon-Go, what would be your first thought?– is a good way to keep both continuity and a timelessness about your story.

Remember that Blackberries were the height of technology less than ten years ago. Remember that pagers, fax machines and cell phones with antenna were ubiquitous until the rise of the PC and the iPhone. These things are changing all the time, and it’s best to avoid pulling your reader out of the story with antiquated references if they’re not that important.

Obviously writing a series is a big undertaking, but it’s a damn fun one too. Thinking about the next story or introducing new characters to ones we already know and love is a great thrill, and I would encourage anyone interested to try their hand. But be smart about it. Take notes, make outlines, organize your thoughts. The more you know in the beginning, and the more research you have to look back on, the better your series is going to be, and in the end, it’s all about producing the very best books possible. ♦