Leave it Under the Tree 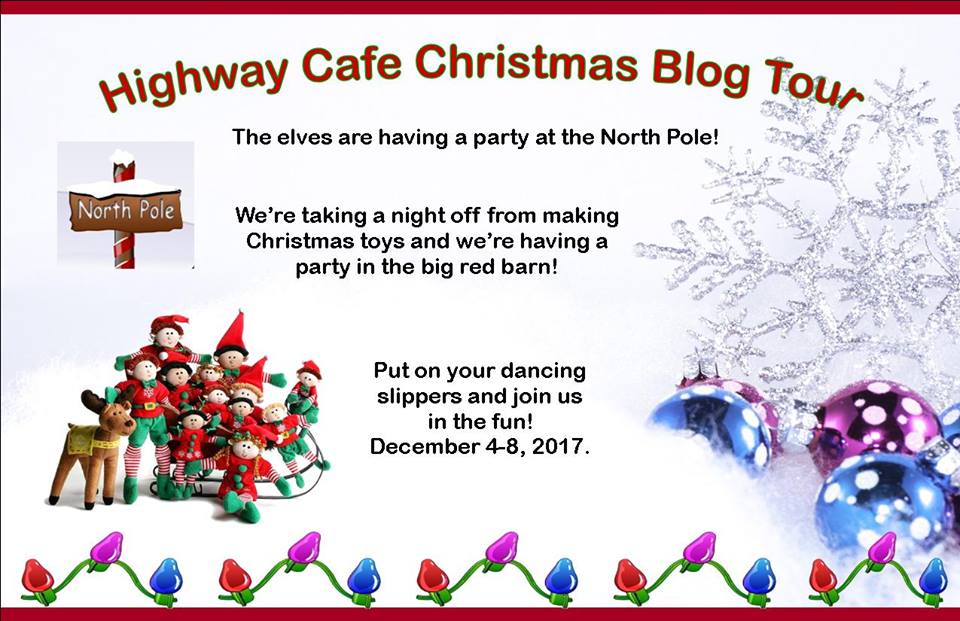 This post is part of the Highway Cafe Christmas Blog Tour! Down at the bottom, you’ll find links to all the wonderful upcoming blog posts just in time for the holidays – each with a unique and fun giveaway!

And in the spirit of the holidays, you can officially now call me by my elf name, Roo! It’s a nickname I had growing up and it just stuck! My mom and dad spell it differently, but I prefer Roo to Ru. I dunno, maybe my spirit animal is a kangaroo. Either way, holiday spirit is in the air! I’ll be rocking out to Jingle Bell Rock a lot this season! It’s just fun and peppy and makes me think of Mean Girls which had a surprisingly large impact on my life. Yes, I acknowledge that I, too, am peppy. No more eggnog, methinks!

Anyway, I want to get a little serious – yes, I’m capable! – and talk about what this holiday means to me. I hope you read through to the end, but either way, don’t miss out on the giveaways and links down at the bottom! Thank you so much for stopping by my Christmas cave!

I don’t come from a religious family. My father is a reformed altar boy and my mother was born Jewish but now considers herself a practicing Pagan. Recently, I had my DNA tested, and we learned that our Jewish roots date back to parts of the Middle East and the very original families from the Old Testament, and while I find that fascinating and wild, it is in an academic, romantic sort of way, and not because it holds much value as my personal spirituality.

I was raised without religion. Of course, we had the tree and the Menorah. We have Easter dinner and Passover and Rosh Hashana. I know Jewish prayers and have a surprising knowledge of ancient Catholicism, though much more due to a lifetime of study art than any texts of God. But the spirituality of the holidays, that sense of joy and family and togetherness, that transcends religion, or at least it does for me. Love and kindness, that is the credo by which I try to live my life.

And that’s why I stopped giving Christmas presents, at least, in the traditional sense. My boyfriend and I are now playing the committed-grownups game, where we swap holidays between our families, and that makes it a little easier to downplay the buy, buy, buy that this season demands of us, but also adds more people to the list, another reason to tone down on the commercialism and remember what this holiday is truly about.

Two years ago, my mom suggested that we all make our gifts. My brother, he drew illustrations of all of us. My boyfriend, Robbie, framed his photography. I baked hand pies and thin mints and truffles and we gave caramel corn to the neighbors. That year, for Christmas, my presents were cranberry vanilla bean scones and a rich meat and cheese quiche for Christmas morning and another for a side dish at a lush Christmas dinner not long after.

Those are the kind of gifts I love. Sure, I surprised Robbie with a Stormtroopers coffee mug he’d been eying and maybe some themed-lingerie, but c’mon, a girl’s gotta have some fun…

But I digress. Gifts made from the heart, from the hands, gifts where it’s not about the price tag or the deals, but about love and kindness, that’s the Christmas I was raised on and the Christmas I plan to share with my family one day.

Of course, if I kept baking for my family, we would also slip into a Christmas coma and never come out, so this past year I picked charities and donated in everyone’s names instead. It’s something my Grandma first introduced back when we were really little kids. She would give us a list of charities and twenty dollars and allow us to pick where we wanted to give our money, and it always stuck with me. Another version was when my aunt and uncle gave all the kids a twenty to give to someone else, and we all came back and shared the story of who we’d found worthy of the Christmas gift.

And it’s fun picking good causes, especially at a time when there are so many of them. We now have ACLU posters on our doors, Heifer International postcards on the fridge and World Wildlife Fund stuffed polar bear floating around the house because my dad named him Finbar and likes to wear him as a hat. For my brother, it was a donation to the scholarship fund at his arts camp. For Robbie’s parents, to the Pitbull Rescue Center of Massachusetts.

This year, well this year Robbie and I are trying to go to Paris. It’s a real cheapie trip. My friend is in grad school there and we’re going on the cheap flights mid-January if we can swing it, but Christmas this year is tiny, little, baby presents for each other, because it’s going to be all about the experience. And it’s going to be one hell of an experience.

I didn’t come to any of these ideas on my own. Growing up, my parents took us away for big Christmas presents, or they gave us the kind of things that would inspire creativity, parties, and imagination. In high school, we spent one Christmas morning on a Native American reservation in New Mexico. Another year, we went to the Hershey Factory light show.

And it isn’t just that. It’s the think, that they instilled in me, the idea that Christmas isn’t about toys or gifts – it never has been. Christmas is about the joyful expression on the face of the person you love as they see the Rockefeller tree all lit up for the first time. It’s about listening to music together around a brightly lit tree, sharing hot toddies and spiced eggnog. It’s about the scent of ham cooking all Christmas day and friends from the city and the idea that your parents have just as much fun wrapping stocking stuffers as you do opening them, even at twenty-five years old.

The holidays in my family are not religious. They are full of spirit and joy and togetherness. They are full of hope that next year might be a little bit better in the world, but full of the knowledge, too, that our little slice of the universe is just damn fine the way it is.

The holidays in my family now are the same way I will celebrate them when I have a family of my own. Because though you cannot wrap that feeling up and leave it under the Christmas tree, that, to me, is the very best Christmas present there is.

Thank you so much for reading! As part of spreading the Christmas cheer, I’m giving away an ebook of Heart and Dagger, my recent release! All you have to do to be eligible to win is a leave a comment down below! Drawing will be held on December 11th, so check back then to see if you’re the lucky winner!

Continue reading to follow the rest of this Highway Cafe Christmas Blog Tour! And from my wild, crazy family, to yours, a very, merry Christmas. 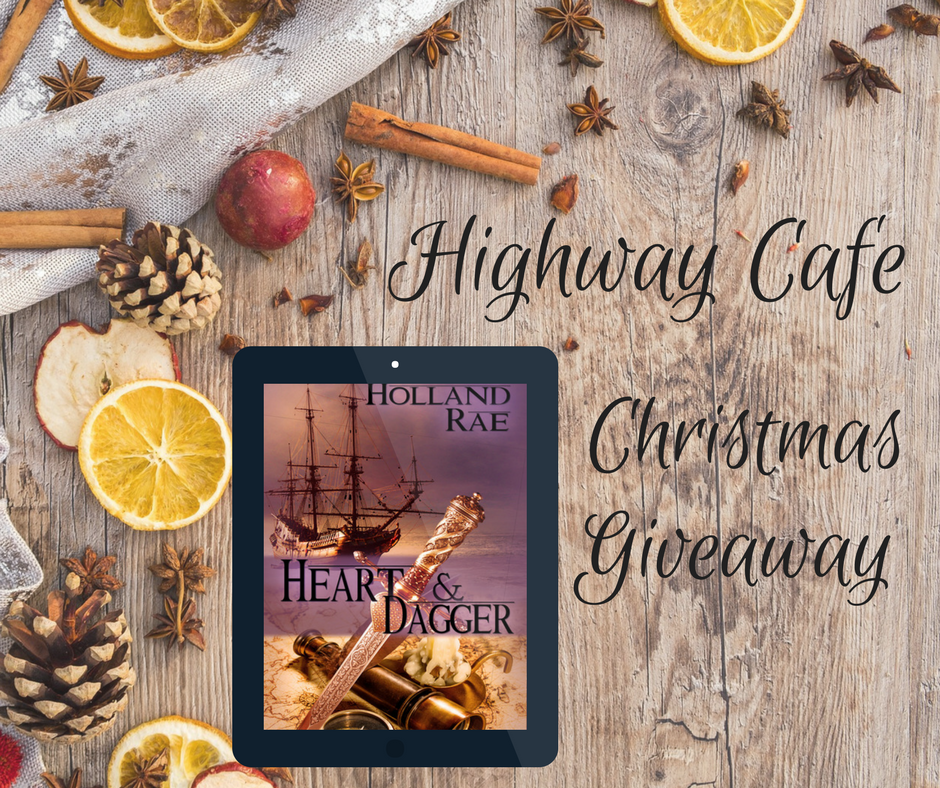