The Flowers Are Out at Skylands Manor 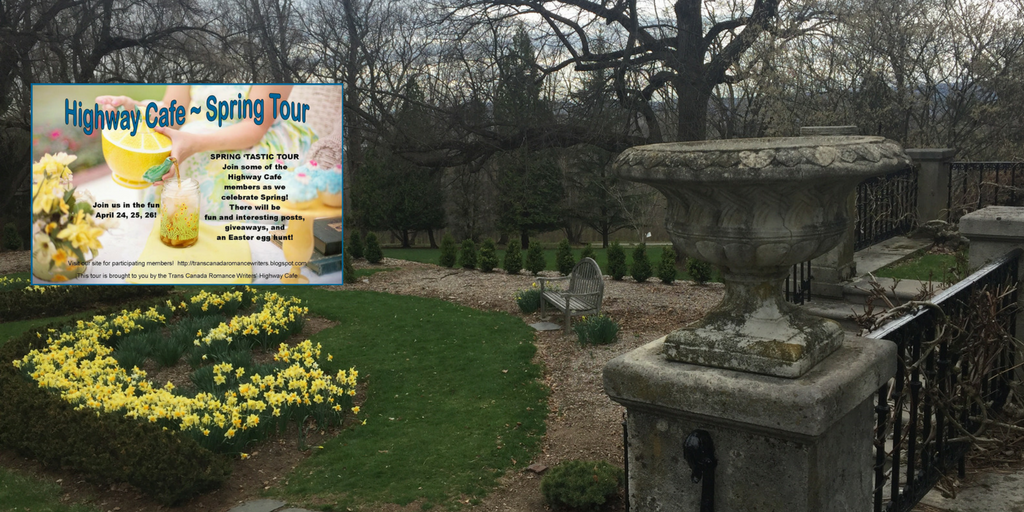 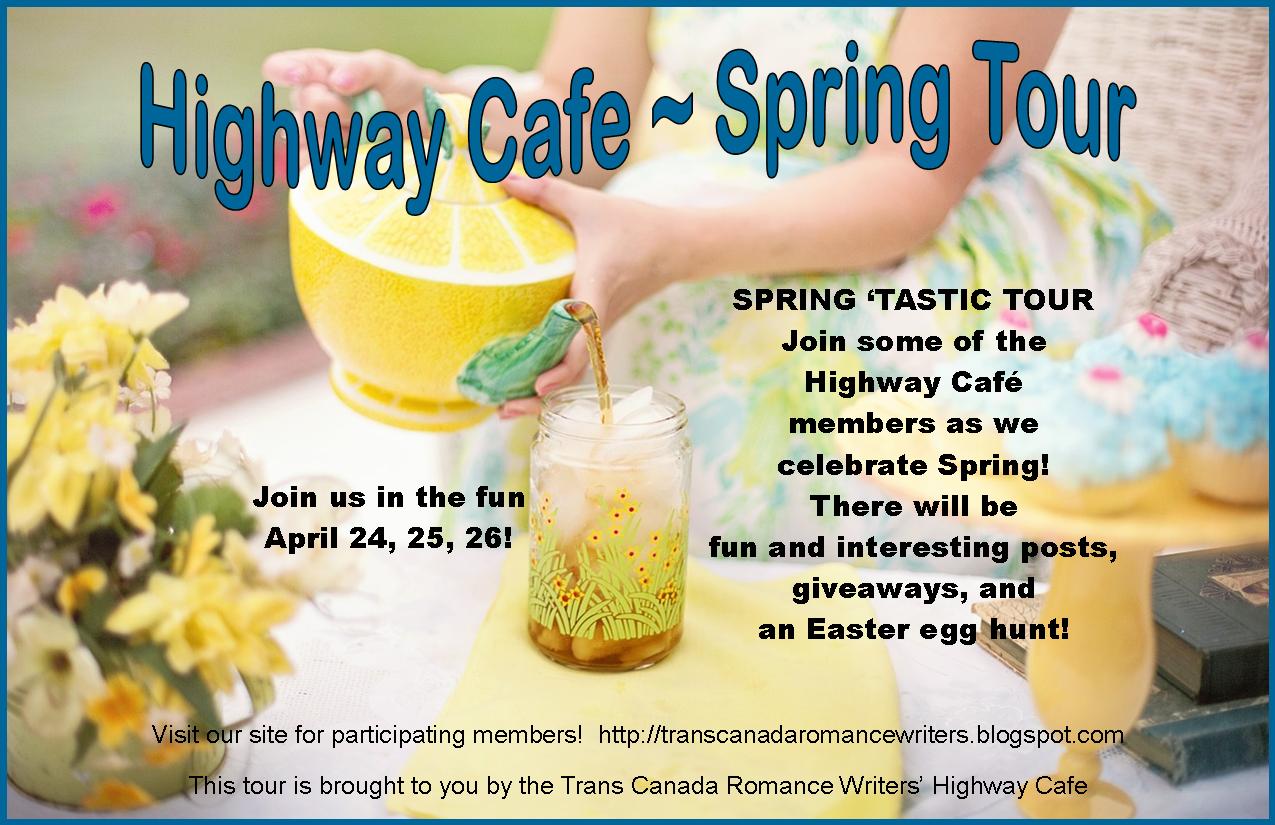 Check out the other amazing authors on the Spring ‘Tastic Tour!

And learn more about tour prizes and giveaways here!

I’m giving away copies of Boardroom, Bedroom by Gemma Snow, in the grand prize! And check out a FREE exclusive preview of Protecting Your Sources HERE! 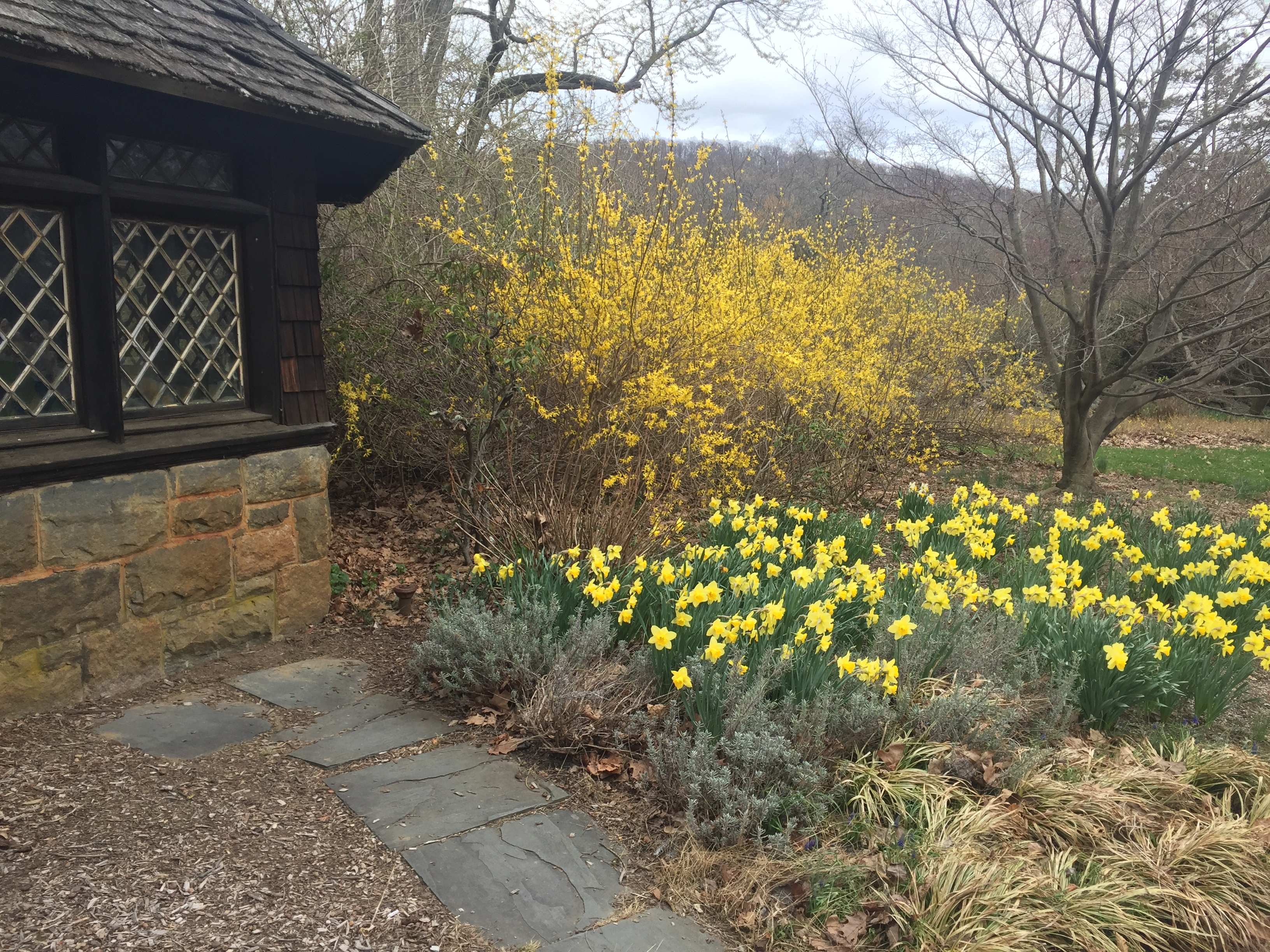 The flowers are out at Skylands Manor. Well, some of them, anyway.

It’s my fault, really. If I had bothered to check when the Macy’s Flower Show ended, we wouldn’t have been floundering for an Easter weekend family day trip that resulted in some last minute Googling. But I hadn’t and it did and several hours later we are strolling through the rusted out gates of Skylands Manor. 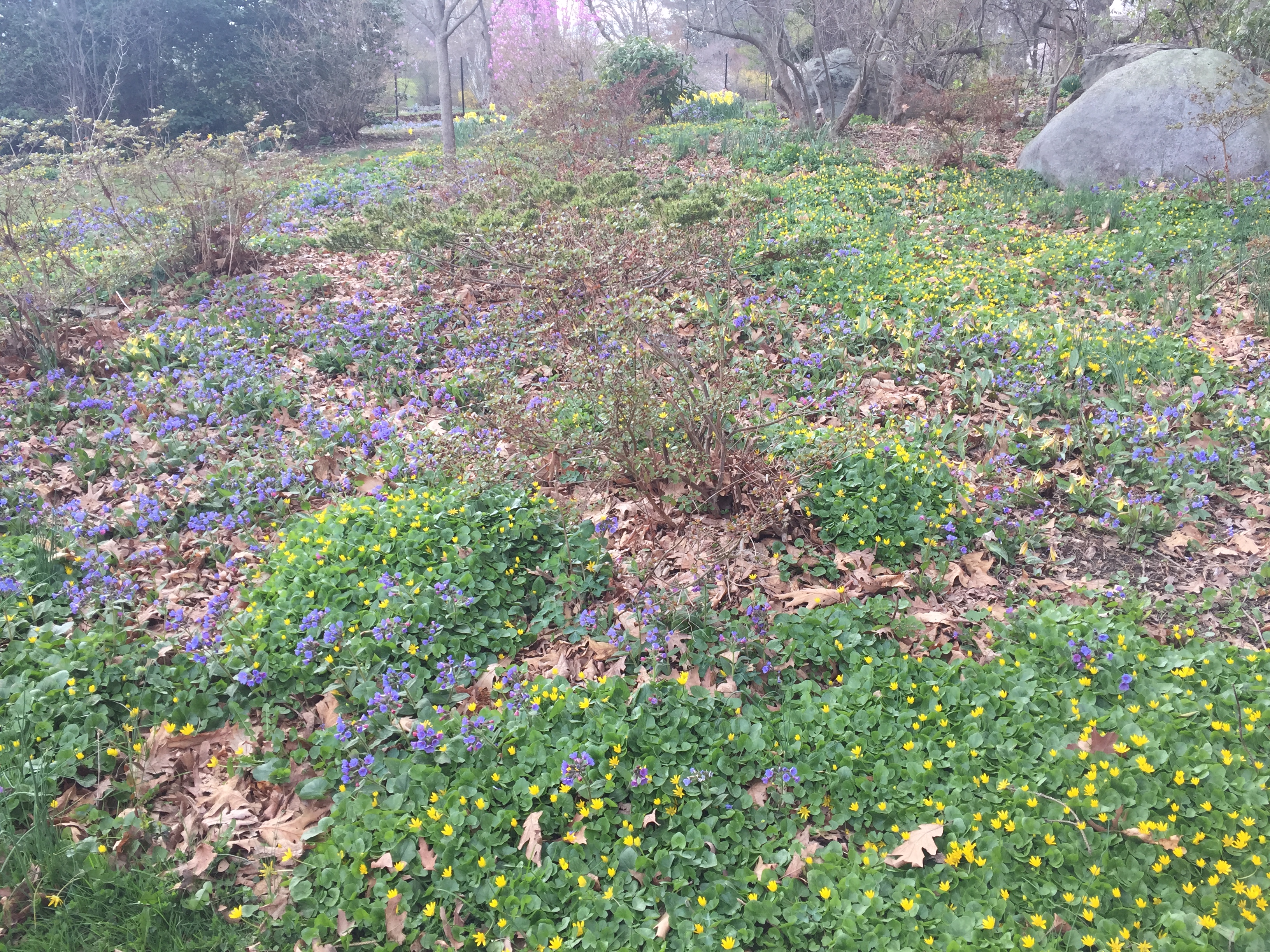 Spring is hedging the very edges of this northern New Jersey botanical estate. Daffodils can always be relied upon, sprouting early, the bright yellows and oranges that one expects from Easter weekend springtime.

There are other buds too, heathers and azaleas and buttercups in purples and pinks and yellows that make you dizzy with scent and stick out from an otherwise winter garden like a candle in the night darkness, welcoming you home – calling spring forth.

There is a castle at Skylands Manor, and though it was built two decades after my own home, it feels like the sort of place where one falls back in time, where the dusty, stony scent doesn’t change over the course of two hundred years, where marigolds and ivy creep up ancient towers – because Skylands Manor definitely has towers – creating the perfect ladder for an enthusiast suitor or escapee bride. 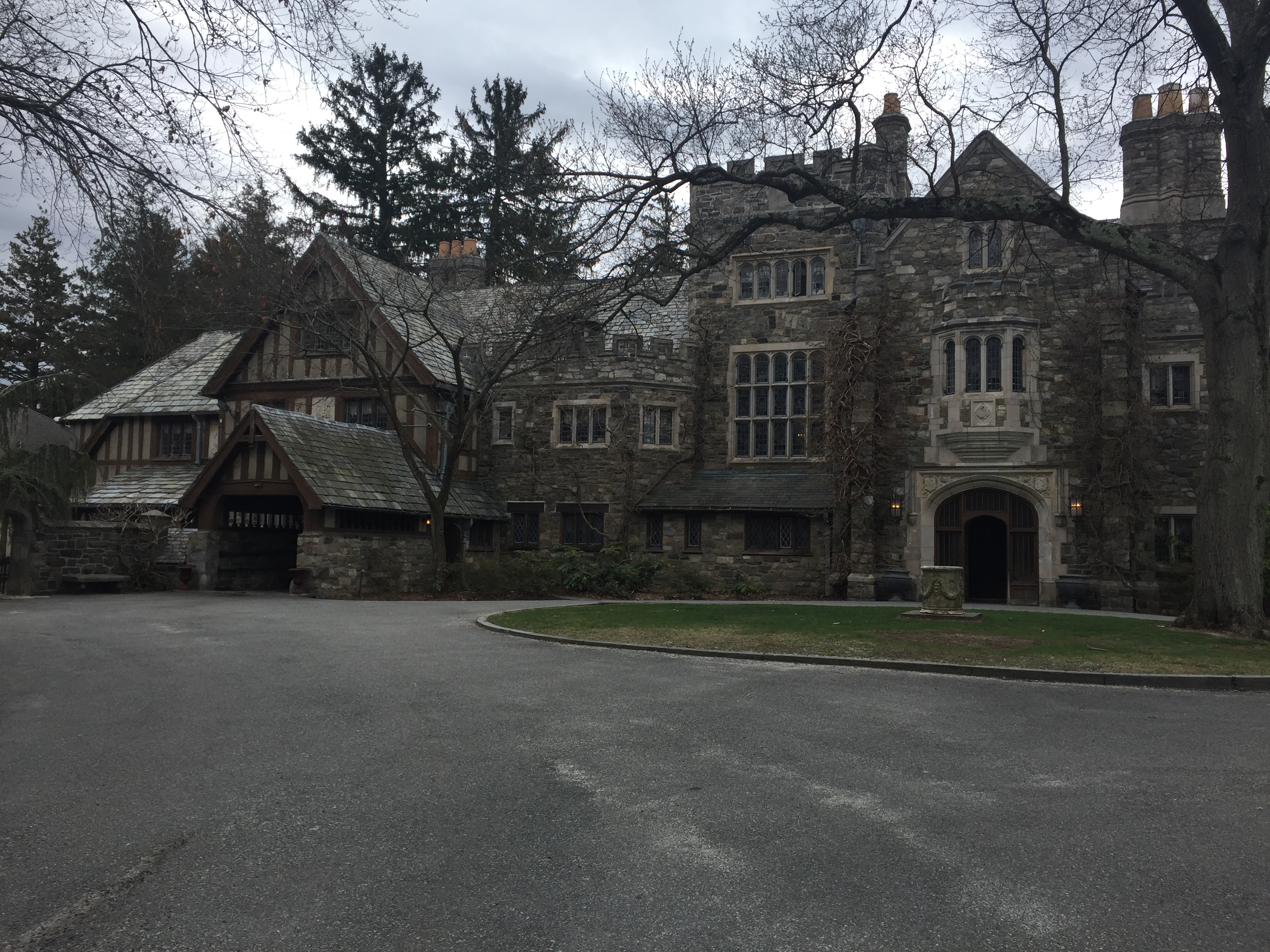 Skylands Manor is the writer’s paradise. It is sprawling, rolling hills, is it decrepit fountains, it is aged stone statues styled for Artemis and Diana and Aphrodite, arms missing, moss coloring their feet. It is tucked away corners where rakish lords can seduce adventurous ladies, great lawns, perfect for early morning duels, the hope of ballrooms and back patios, where one escapes the oppressive heat but finds a new type of heat in the arms of a lover. 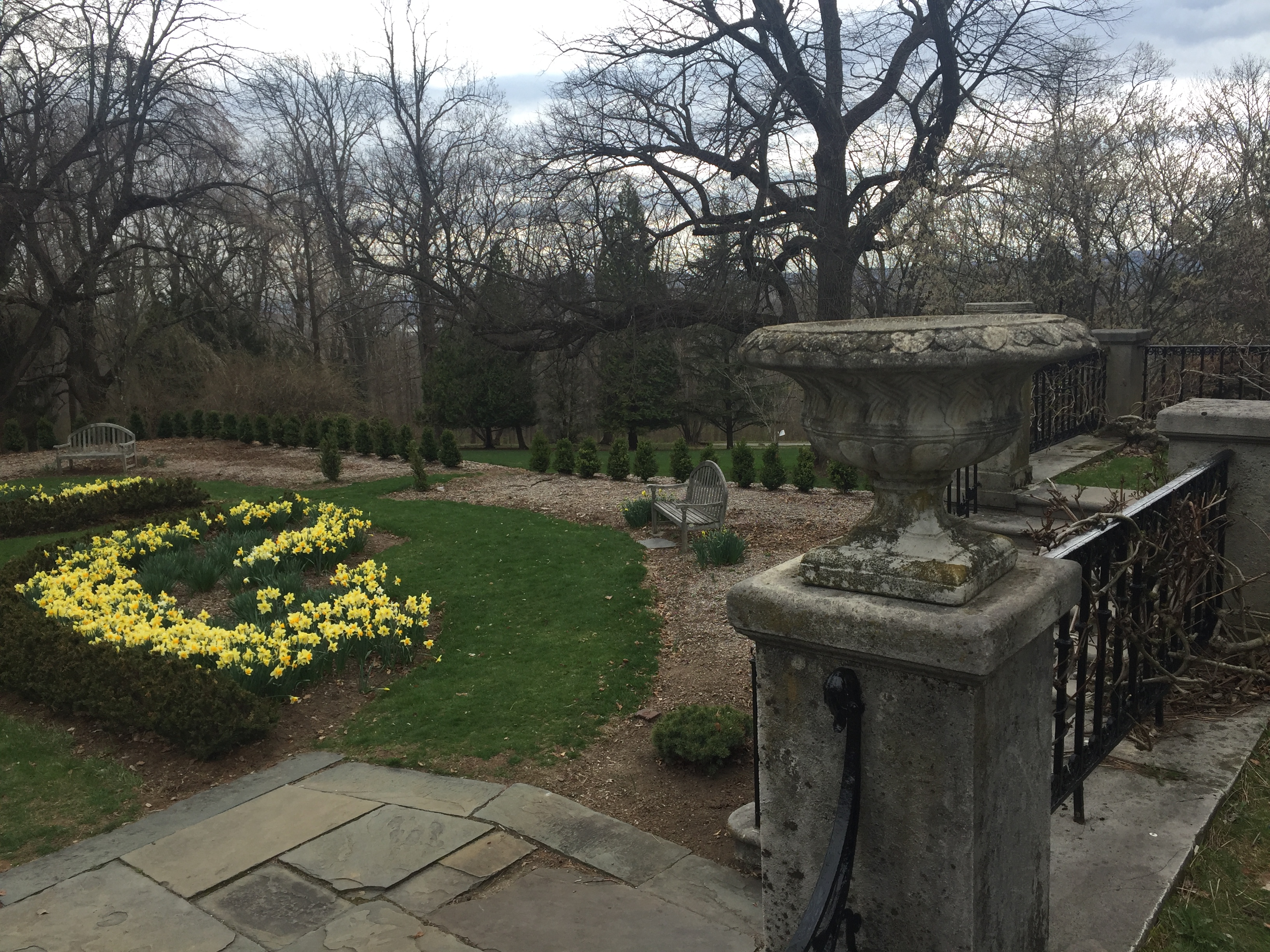 Most people do not visit Skylands Manor to write out the first three chapters of a regency romance novel in their head, one based entirely around the emptied out fountain, where cupid rides a large fish, the off-season lips spouting no water, but plenty of inspiration.

Most people will not see two dozen lords and ladies in their minds eyes, lit by sconces and set against a backdrop of the minuet or ever-scandalous waltz. Most people do not plan salacious house parties, where young lovers meet in coves and accidentally run across each other in the fog, after an early morning swim. 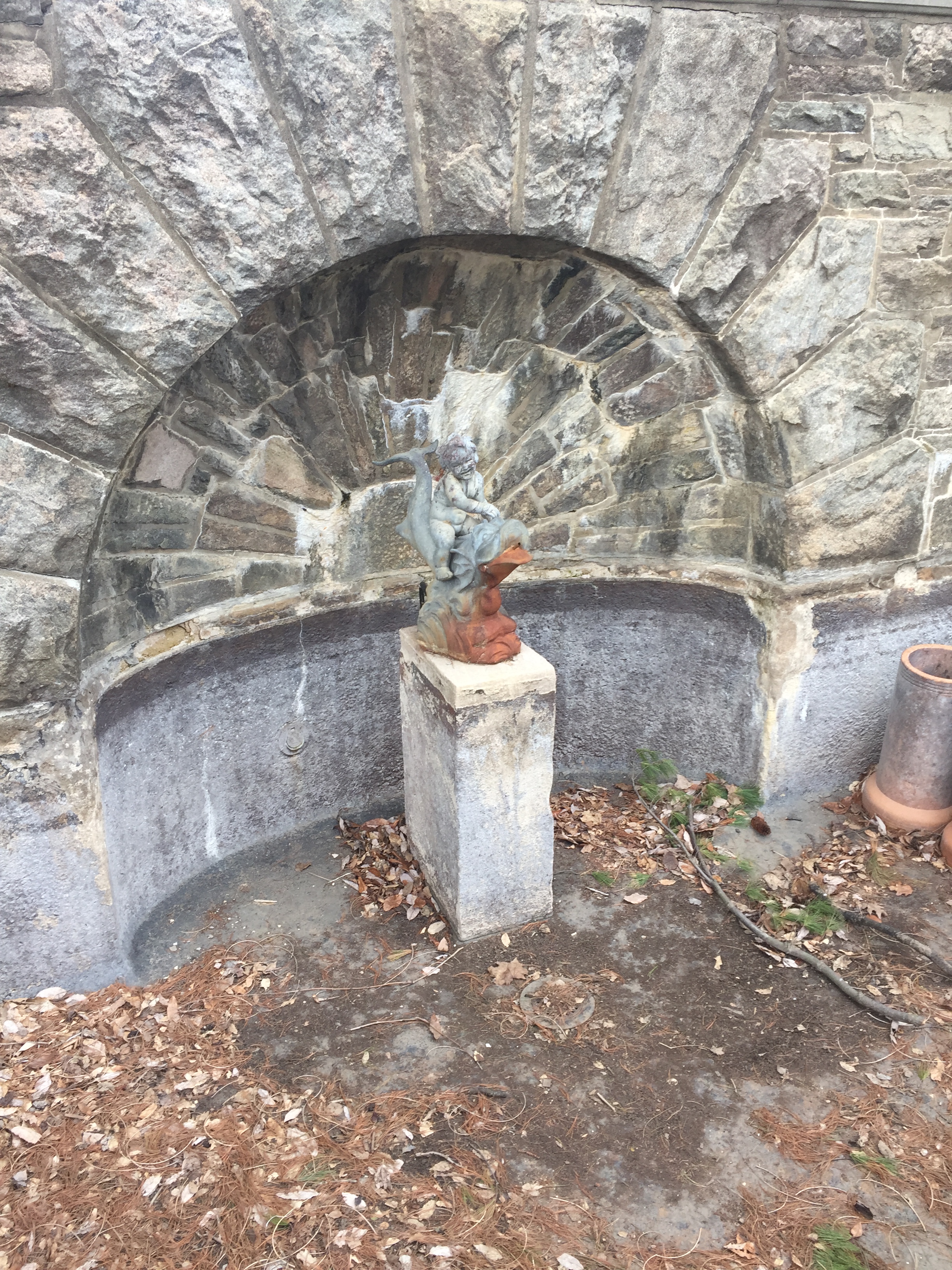 And that is what makes us writers.

Writers are often not seeking inspiration when it comes to call. All I wanted for the day was a flower exhibit, not a series outline. The flush lights of the New Jersey Transit and the gritty floor at Penn Station would not have inspired the same sort of story that came about in the boggy undergrowth and cherry blossom fields of this grassy, aged estate. But that’s just how it works.

Inspiration, the ever elusive muse, shows itself when it feels like it. Writers oftentimes learn how to work around the muse, how to dig into the world of research and character development for new plot points or story arcs. 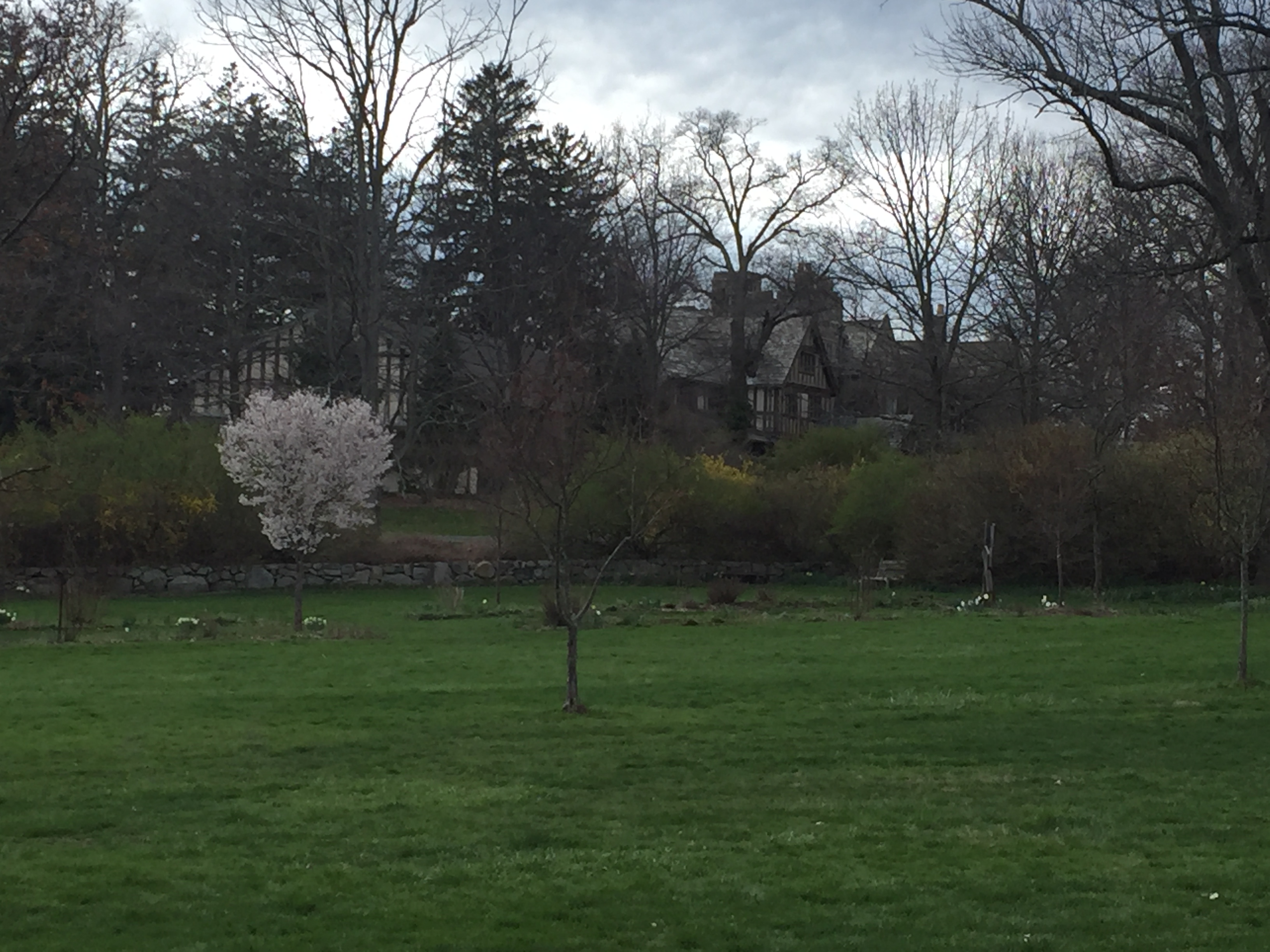 But sometimes, inspiration doesn’t bother to wait around. Sometimes, it comes with the fresh fields of daffodils and the lichen-covered miniature cupids and empty fountains and the Skylands Manor towers, dusted in ivy strands.

No, it wasn’t what I was expecting from the day. It was so, so much better. ♥

Are you a fan of raucous house parties at royal estates, just like Skylands Manor? Check out The Dacre Estate in A Duel of Hearts, Book 1 in The Royal Rakes Collection!

When Lady Mary Elizabeth Anne Paramour runs away from an unhappy engagement, her options are limited. Soon, she finds herself at the doorstep of a favored cousin’s temporary home, the estate of the most debauched lord known to the aristocracy, Nathaniel Arlington. The charming and handsome Lord Arlington’s perpetual house party is infamous across England, and fodder for instant disownment if Mary’s prudish mother, Countess Helena, ever finds out where she is.

But Mary, with a rebellious streak of her own that led to a lifelong interest in fencing, comes to realize that maybe not everything is as it seems. Over late-night sword fighting and whiskey, she begins to develop an unlikely friendship with the lord, who might just have more behind the rakish façade than he lets most people believe. But just as Mary thinks their unusual friendship might turn to more, she finds herself facing the unexpected, something that might just ruin her chance at happiness forever.

For more information on Skylands Manor, check out their website!