Love Between the Covers – Articulating Our Love for the Romance Genre 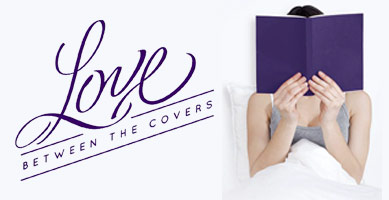 I first watched Love Between the Covers at the Romance Writers of America Convention in San Diego last summer. It was the height of romance novel heaven for me, a place to chat with other authors, meet some of my heroes, and discuss the ins and outs of the genre, and I was riding high on the love and joy that writing romance brought to me and so many others. Love Between the Covers enforced all of what I was feeling at that convention, and when I went home, I insisted that my loved ones watch the film that suddenly made clear so much of what I love about the romance genre. 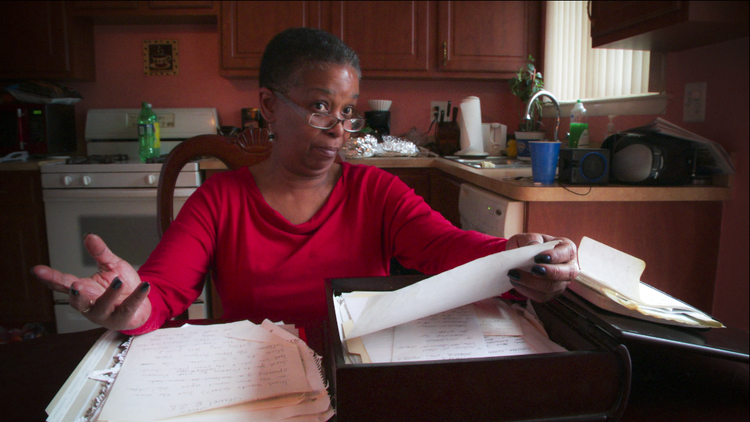 “I also read romance. But there was nothing for somebody who looked like me.” – Beverly Jenkins

The second time I watched the film, it was better than the first. Intent on capturing the overall theme, I hadn’t noticed as many of the intricate and fundamental details in my first viewing. But when I settled into the 95 minute documentary with my mom, I had the chance to explore some of what made up that larger picture. She shared my enthusiasm, when she insisted my grandparents watch the movie as well, and her second time experience was equally rewarding.

So what is it about this film that has such an impact on the converted and the skeptical? My family has always been remarkable supportive of what I write, but I can’t say they ever truly understood why romance – until Love Between the Covers put it out in full, bold print. The romance novel genre is about love, it is about friendship, it is about a collective female community that embraces the challenges, hardships and victories of life. 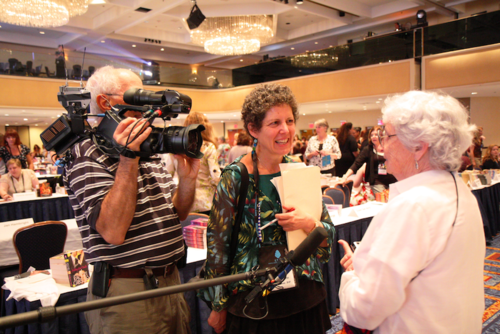 Director Laurie Kahn had experience delving into these long scoffed at ‘women’s worlds’. In addition to other projects, Kahn has explored the history of midwifery and, in the more contemporary world, the the Tupperware community, which had a huge impact on the independence and agency of women working out of their own homes. It is another genre, so to speak, that has long been viewed as humorous or lesser than, largely because of the role women have played in its development. 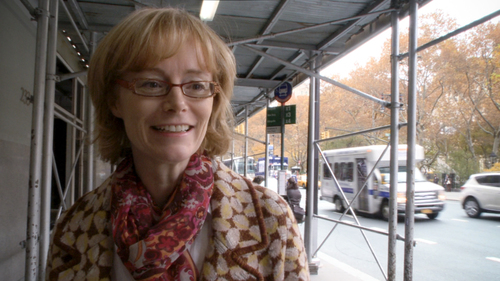 Eloisa James has been featured on the NYT Best Sellers list 23 times.

Thus, Kahn is the perfect director to delve into the sordid and not always nice history of the romance novel, and she picked the perfect people to highlight exactly what makes romance, romance.

Following Eloisa James, Radclyffe, Beverly Jenkins, Susan Donovan, Celeste Bradley and Joanne Lockyer, in addition to cameos from other famous authors, such as Elizabeth Essex and Nora Roberts, agents, publicists and fans, Kahn tells the story of the genre that has long faced an uphill battle. 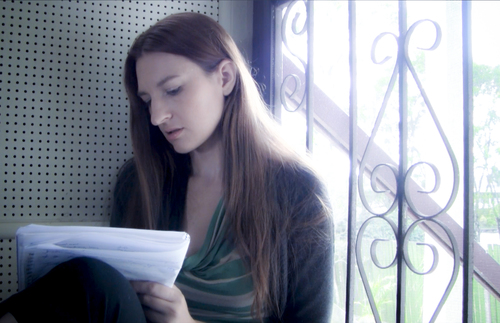 Joanne Lockyer delves into the world of self-publishing.

Why beat up women because they love the HEA?

It is a question asked time and again throughout the film, as these various authors, each with their unique challenges, victories and inspirations, weather the storm to come out on the other end.

Beverly Jenkins, one of the leading authors in the ‘African American Romance’ genre, discusses her family’s history and the role it plays in her writing. As one of the first writers to ever include women of color in her novels, she recalls the earliest days, when fans would come up to her, tears streaming down their cheeks, to thank her for writing heroines that looked like them. Jenkins is funny and impassioned, as she tells the industry and the world that African American is not a genre and that diversity is still an issue facing romance today.

Eloisa James melds her love for Shakespeare, and her roles as a Shakespearean Literature professor in New York, with her love for a genre that tells women’s stories each and every time. It is a sentiment repeated throughout the movie. Romance novels are for, by and about women. The soft-spoken and brilliant James weaves that classic literature with a story as old as time itself – love. 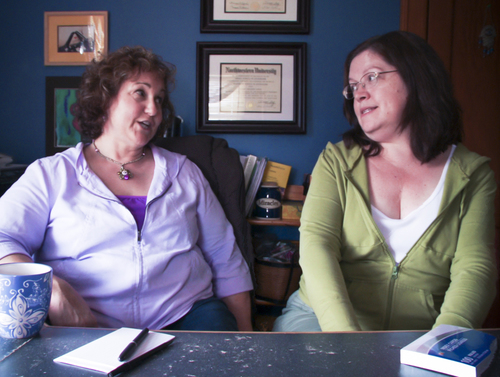 “This is a female powered engine of commerce. And it’s a multi-billion dollar industry,” says Susan Donovan, (L) to Celeste Bradley.

Not that love, or life, is always easy. In the entwined and winding friendship between Susan Donovan and Celeste Bradley, we see the impact writing romance has on the family dynamic, and how a genre that promotes such agency and independence is often at odds with the traditional family roles.

Each of the women, throughout their long friendship has faced intense physical and emotional challenges, but their shared love of the genre keeps their connection strong and, as the two of them stare out into the sunset at the end of the film, we have no doubt they will both thrive. 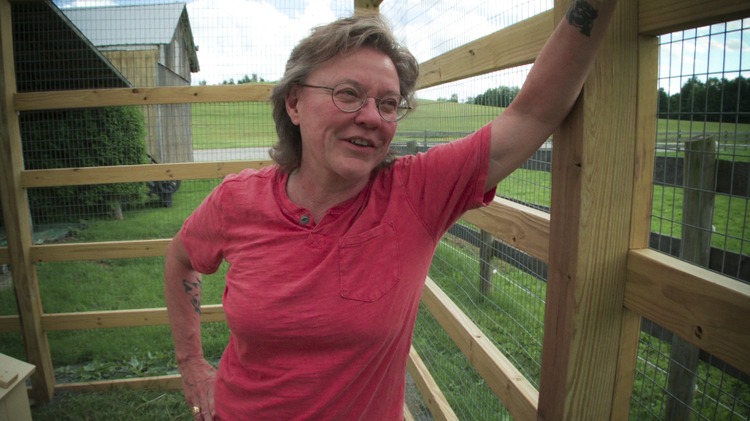 And many of these women do thrive, despite impossible odds. Len Barot, writing as both Radclyffe and L.L. Raand, worked as a successful surgeon before going on to become one of the world’s leading authors of lesbian romance novels. She opened Bold Strokes Books in 2004,  one of the world’s largest independent publishers of LGBTQI works, providing the safe and supportive haven that she didn’t have in her journey to success.

And, because Kahn works to showcase many elements of the writing and publishing journey, we follow Joanne Lockyer, a young Australian author foraying into the increasingly accepted self-publishing world. We witness her exchange of critique and review with her critique partner across the world, Elizabeth Essex, as well as her cover photo shoots, her editing and her design. When the book finally comes in the mail, the audience is undoubtedly moved by Lockyer’s tears of excitement and joy, as she holds her finished product of love and hard work in her hands.

These are but a few journeys, but they showcase the importance of community, solidarity and a place for women to tell their stories without fear or hesitation. Love Between the Covers is an important and necessary look at what makes romance such a thriving and fundamental genre – the people who love it, and the stories they tell – women’s stories, family’s stories, challenges, failures and victories. It is a film worth watching twice, especially if you’ve ever had to answer the question – why romance? Love Between the Covers is chock full of all the amazing, heartbreaking, joyous reasons of exactly why romance.♥