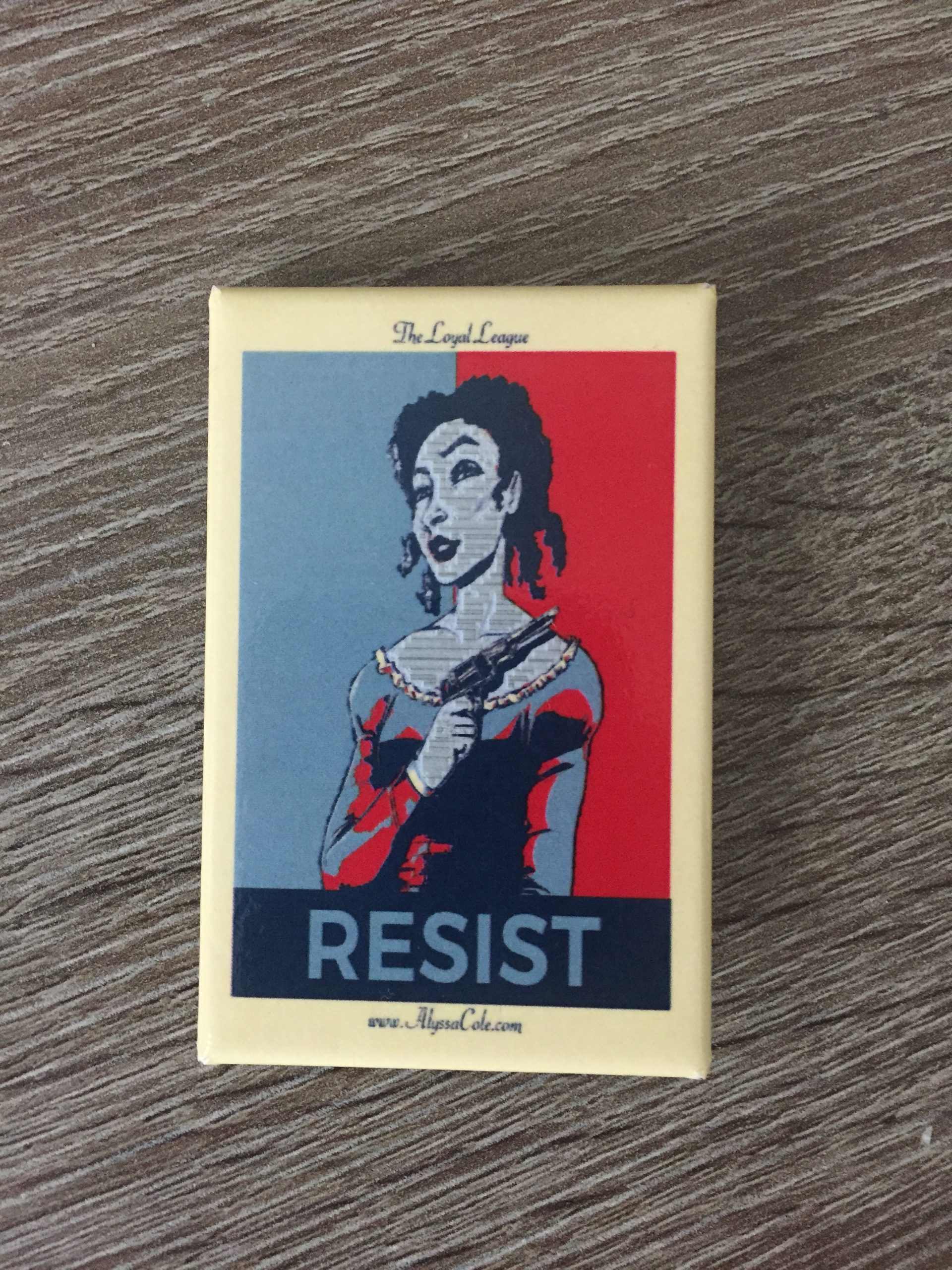 I initially wrote this piece almost two years ago and, while a lot has changed in romance and in politics, far too much remains the same. I am no longer a member of the Romance Writers of America community, which saddens me deeply, but I am working to create more inclusive writing groups in my home town of Nashville and with author friends across the country.

I considered editing this piece to fit today’s environment, but I am going to leave it as is, since more is relevant today than not. I am happy to discuss resources, book recommendations and actionable steps we can all take understand our privilege and to help create a more inclusive publishing industry and world.

It shouldn’t come as a surprise to anyone who follows me here on my blog or on Twitter or Facebook that I’m a progressive, liberal-minded person. I veer far left and I’ve never been quiet about expressing those values or discussing the differences I share with others in open discourse.

I’ve been professionally writing romance novels for over four years and this year’s Romance Writers of America conference was my third annual event. It didn’t take me all too long to realize just how political the romance genre can and should be.

And if the takeaway from RWA18 is anything at all, it’s that we’re finally paying attention.

Recently, I hosted a panel on intersectional feminism in the romance genre. Though we only had ninety minutes, we delved into representation in traditional publishing, the crossover of religion and feminism, tokenism, exoticism and the fetishization of queer women in romance. While I would never purport that we have solved any of these issues, my experiences in romance allow me to justify the belief that yes, we are making strides.

This year’s conference started the move away from inclusive writing and diversity as a trend, God forbid and discussed it as a future we should all, writers, agents, editors, publishers, readers, be striving toward quickly and without delay. We had more than a single workshop on inclusivity, more than a single speaker on making room at the table and more than a passing glance for this fundamental issue impacting such a huge percentage of those already within our industry and those who – rightfully – feel they are not invited.

Romance writing is changing. RWA recently announced their decision to shutter the Golden Heart Award for unpublished writers – which stirred quite a massive blowback by many members who carefully adjust their vision in order to remain stagnant despite the times.

The truth is, the Golden Heart Award is no longer viable in an age when alternative and independent publishing is open to all. And, more specifically, when so many authors of color chose the route of independent and alternative publishing because they have been told for generations that there is no room for them or their stories in the mainstream. One does not have to work overly much to find a deep racial entitlement at the root of the Golden Heart fuss.

But that was far from the biggest upset. No, that title goes to Suzanne Brockmann, the queen, pioneer of victory and joy who brought Romancelandia to church with a smile on her face.

At the Thursday night RITA award ceremony – for which not a single black author was recognized as a finalist – Suzanne Brockmann was awarded the Nora Roberts Lifetime Achievement Award in recognition of her contributions to the romance community.

And she did not waste her opportunity.

In a speech globally broadcasted, she explained that her very first book, published in the early nineties, was edited to remove her openly gay sheriff. She explained that she knew at the time her son was gay. And though he was just a small child, she wanted him to one day look back at her books and know that she had supported him, written him, represented him since the very beginning.

She explained that she wasn’t allowed to do that.

And that was only the beginning.

Because Suzanne Brockman is an untouchable force. She has published over 50 novels, landed on the New York Times and USA Today bestsellers lists, won two RITAs and the Romance Writers of America’s #1 Favorite Book of the Year for three years running. She is not a woman who will be felled or derailed easily.

For us white allies, Suz Brockmann should be the standard. Yes, she has a massive following and a voice that many of us can only dream of, but she did not hesitate to use that platform to make room at the table and that is a takeaway universal to all of us at any stage in our careers. She did not pull punches when it came to calling out those who have benefited from their privilege without acknowledging it for years. She said, I have time on the stage tonight and I am going to address systemic racism, homophobia, and hate within our community. She called out 53% of white female voters in a room with so many white women, and she said:

Then do something. Prove it.

In November, vote these hateful racist traitors OUT.

My god, this woman has balls of steel.

It bothered a lot of people. To which I say, if you’re offended by being called a racist, perhaps it’s the time for self-reflection, no? (Read: You’re a racist.) But the truth is, no one else could have made that speech. Bev Jenkins, a leading author, and pioneer of African American romance gave an incredible speech last year, but if she had said, verbatim, word for word, what Suz Brockmann had, she’d be labeled the angry black woman and disregarded at face value. Brockmann knew her power and she used it without apology.

And if you’re one of that 53 % of white women who walked out of that speech, that’s okay. The old vanguard is the old vanguard and they’re not going to be around for much longer. If you’ve benefited from the systematic racism within the romance community and you’re terrified that making more space at the table will take away your success, Write. Better. Books. The very first step to being an ally is acknowledging that, though you have not asked for your privilege, you’ve benefited from it. In romance and in life.

Because then you have those voices that say romance isn’t political. Romance isn’t about race. I write characters of color.

The novelist equivalent of I have a black friend.

Here’s the deal: If you say you’re not political, you’re benefiting from the privilege of not having to be political. Number one. First and foremost. Only certain demographics don’t have to be political and they are, shocker of shockers, those in positions of social and political power. I know, knock me over with a feather.

Beyond that, however, is that romance is political. Romance is a multi-billion dollar a year industry and money is always political. Romance is the most-read genre on the market after fiction. If romance makes the changes that should have been made centuries ago, if romance opens its publishing houses and agencies and offers the same opportunity to authors of color as it does to white authors right now, we take away the excuse that it won’t work.

As romance novelists, we have the ability to change not only our genre but every genre of fiction, reaching out to movies, television, radio, music and more. We can remove the doubt that books won’t sell, remove the justification for causal bigotry and stand as a shining example that representing all authors, backgrounds, and identities isn’t just morally fundamental, but also a savvy business move.

Yes, we have miles to make up. There are so many elements of intersectional feminism and inclusive writing that have yet to be touched upon, let alone mended. But Suz Brockmann’s speech may have been the very first time some of the authors in our community ever looked their own bigotry and privilege in the eye. What they did with the knowledge is up to them, but her words, her eloquence and her unapologetic I am NOT NICE, is an invaluable lesson that we all needed to move forward.

And from the stampede of applause and declarations of joy on social media following her speech, Suzanne Brockmann will be leading the charge with an army of those ready to fight for change walking beside her. ♦

Authors Notes: This post got away from me – I’ll write more about the conference itself next week! Thanks for your patience! (Also, the amazing pin in the top picture is for Alyssa Cole’s Loyal League series which you don’t want to miss!)