Conflict, Inside and Out 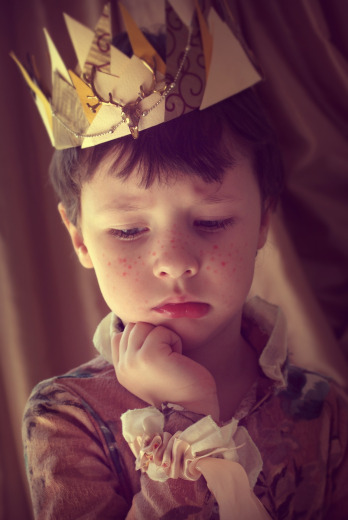 I figured out what was wrong with my work in progress. After three revisions, rewrites and new drafts, the answer was so simple I’m surprised I didn’t accidentally walk into it face first.

There was no internal conflict.

See, it’s surprisingly easy to forget internal conflict. After all, if there’s a bank robbery or an evil mob boss or a revolution to stop your characters from fulfilling their dreams, finding true love or surviving, then what’s the problem? You’ve got conflict out the wazoo and your characters are sufficiently incapable of reaching their goals.

But external conflict on its own rarely stands up as being big enough, emotional enough or important enough. Yes, external factors are important in keeping a story moving, but internal factors are the driving force behind character arc and development, and our pathways to making two-dimensional, imaginary characters human. Real.

Because we all experience internal conflict. It can be something as simple as – I don’t know if I want to go to the movies today because Sarah might be there to something as complicated as I don’t want to fall in love because everyone I care about dies.

By the end of the story, our character has made a decision, something has come of that decision and they have learned a truth about themselves while experiencing whatever is going on around them.

Take the romance genre for instance. Is it more chaotic, more interesting, more turn the page in a hurry if the two characters trapped in the abandoned warehouse that’s about to explode have lived a long and fulfilling life together, where communication and respect play equal roles and they both know how much they love each other or if the one character is determined to rescue the other so that they might apologize for pushing them away, tell them that they loved them the whole time, that no, they refuse to die without letting the other person know how they feel?

While example A is certainly sad, example B speaks to the idea of lost potential and lost opportunity, a missed chance to say I love you. The character is not done cooking yet, and in an ideal situation, they will continue to develop as the story progresses, following an arc full of growth and new knowledge.

Every story is going to have a different type of internal conflict. Some will be about romantic love, others about family, following your dreams, taking a new job or letting go of a toxic friend. Your internal conflict is true to your character, and should play a fundamental role in their development and growth, despite what’s going on around them. The external conflict, at the end of the day, is window dressing for the human story taking place within.

And sometimes we forget that. After all, I’ve gone over this story too many times to count and only just realized that I never got to the heart of the internal conflict, that everything was based on the events going on around the characters, and because of it, they never truly grew or changed from the people they were at the beginning of the book. And in order for the story to resonate, they must grow or change. When we stay the same, there is no story.

So take a look at your characters, take a look at your story, and try to see what it’s really about. What is stopping your hero or heroine from achieving their goals? Is that end goal really what they want? (A changing of goals makes for a great internal conflict.) Follow their paths, their dreams, and their desires. What, within themselves, is halting progress and how does it tie into the larger story at hand?

Yes, this part is hard, arguably far more difficult than writing warehouse explosions and bank robberies and blackmailing mob bosses. But that’s a good thing – nothing worth having should come easy. That stands true for author and character alike. ♦