House on the Hill 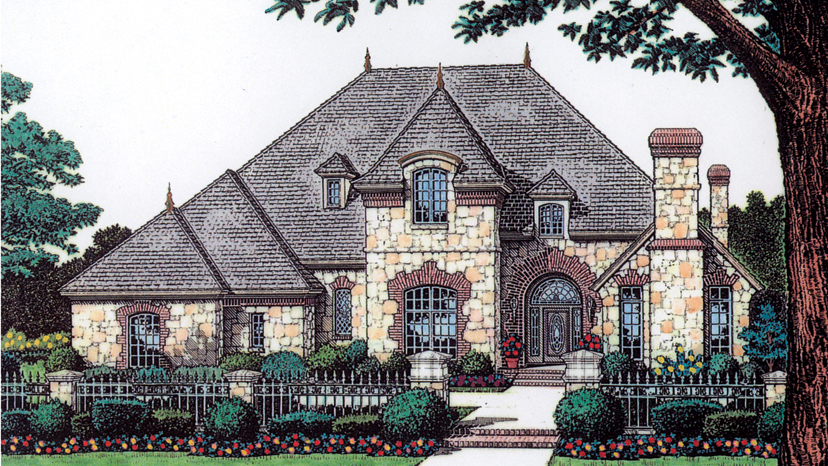 I want to tell you about a house.

It would be better to call it an estate, really, with a sprawling, rolling yard, protected from the street with towering bushes, a private drive, a personalized name in brass plating on the stone pillar at its end. I am in love with this house. I feel for this house the way that soulmates feel for each other, yearn for it with the intensity of the moon calling to the seas. I am obsessed with this house.

I used to work as a nanny and during the warm months I would take my charge to the local playground, which includes passing this sprawling estate. The town I grew up in is old, circa 1600s, but outside-New York City development meant that every generation searched for a new spot to build, so ancient estates like mine (ha!) are side by side with split-level ranches, Victorians and Tudors. One of the reasons I so enjoy walking as a form of exercise is because even the same old path unearths new treasures around every turn.

But this house, specifically, has called to my baser self for over a year. What does that have to do with writing? Everything.

I can’t speak for other writers, but my inspiration runs boiling or arctic. Sometimes, I know a character’s name, personality, day job, and dark secret before I’ve even come up with a plot. Other times, I dredge through the nonsense to find some semblance of a setting, understanding of a time period, or reasonable goal, motivation, and conflict. This beautiful, brilliant, overwhelming house, did all the hard work for me.

I haven’t actually written the series yet, so you’ll forgive me if I keep the details to myself. But, it all started when the house went on the market. I had to know how much it was going for. Five-minute walk from the train to NYC and downtown, across the street from the park, a French Chateau inspired work of architectural beauty, I had to know.

Honestly, the number surprised me. But after that point, I started obsessing over the bedrooms – everything I had wanted them to be – the backyard, better than I imagined, the kitchen – heaven, in a countryside kitchen dream. All I could think, as I scanned HD photo after HD photo of my dream home, was my characters belong here.

In the series this house singularly inspired – I mean it, without this house, I would never have come up with the concept – location plays a major role. It is a historical series that takes place over the course of a single season, with all four stories happening in the same place. This place. Every time I pass the estate, my creative muse demands more of me than a backburner outline, though I really can’t work on it right now. But how lucky am I, that this random house, in a sea of so many time periods and styles, passed through my life, the ideal inspiration?

I know it doesn’t always work this way. Not every house or person I pass on the street is going to catapult me into the bed of inspiration. That’s not how the creative muse works. But this one did. This one more than caught my attention, it held my heart and mind taut until I gave in until I promised to write the story it demanded of me.

And that’s one of the greatest things about being an artist – any type of artist. You never know where the next idea is going to come from. It could be a passing comment at the dining room table. It could be the interaction of strangers on a subway train. It could be the taste of a croissant from the local bakery.

Not all pictures are of the actual house. Cause that would be weird and obviously I’m not being weird at all…