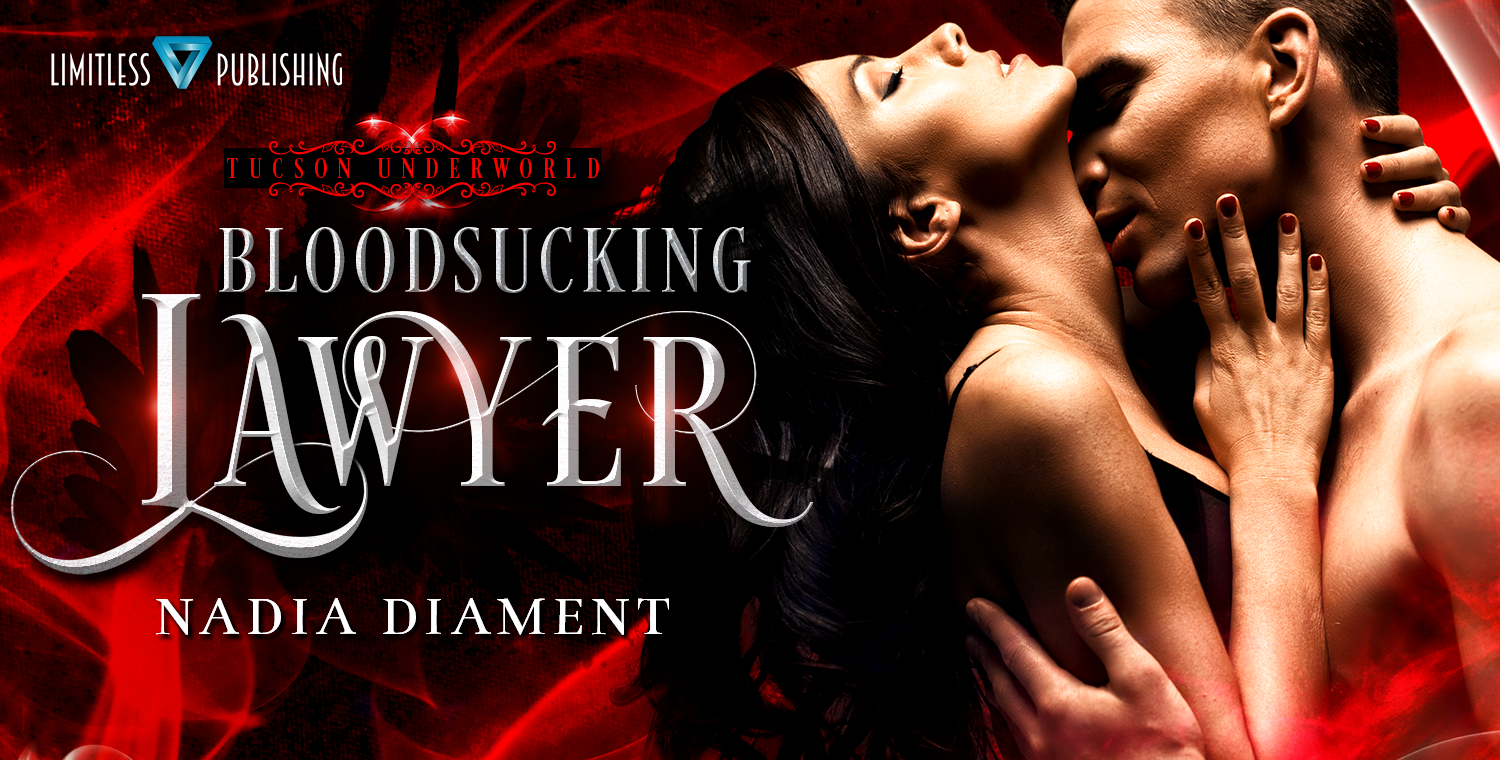 I got to sit down with Nadia Diament to chat Tucson, bank robberies, and those vampires we just can’t get enough of.

Hi everyone—I’m excited to be here, and I’d like to give Holland a big thank you for hosting me.

Tell us a little about your new release Bloodsucking Lawyer!

Bloodsucking Lawyer is my debut novel and as you may or may not have guessed, it’s a paranormal romance. Henry is a vampire lawyer in Tucson and completely in over his head with criminal cases of the supernatural variety. After Emma, a gutsy mortal attorney, saves his ass in court, he hires her to help with his caseload. Neither of them counts on falling for each other, but all is fair in love and the law.

It all started with a vampire lit class I took in college. No joke, my professor was a bit gaunt and had long, flowing gray locks. His affectation worked wonders: I learned a bunch of folklore that stuck with me.

When I moved to Tucson, Arizona, several years later, I lived downtown next to an immigration attorney’s office. The guy always stayed late and came in on weekends, as lawyers are wont to do. Then I thought about Arizona’s air conditioning culture and realized the desert could actually be the perfect place for a vampire to survive. And so my bloodsucking lawyer was born.

What’s been the weirdest research you’ve ever had to do?

I’m actually married to a non-bloodsucking lawyer, so I’ve heard tons of war stories from him and his colleagues, and that has been my absolute favorite part of my research.

The weirdest thing I learned is that criminal law is generally not as glamorous as books and movies usually make it out to be. You’re not in a trial every day making grand speeches to uphold the Constitution or finding last minute evidence to break a case wide open. Sure, there can be a lot of flying in and out of the courthouse, but it’s also a lot of paperwork, arguing with people over e-mail, and trying to track down your clients. Rather than the case of the century, you might get a client who got arrested for stealing a pickle from a convenience store. (By the way, that case is REAL, my friends.)

Anyway, it was actually the non-glamorous side of the law that really appealed to me when I wrote this book. I wanted to explore what it would be like if vampires and lawyers were, you know, average people.

What was your favorite part about living in Tucson?

The nature and the history. The city is cradled by mountains and has some of the best sunsets I’ve ever seen. My boyfriend/husband and I lived in an orangey-pink adobe house in the Barrio Viejo. That entire neighborhood is color, and most of the houses were built in the 1800s. I also loved learning about all the random stuff that happened there. Some assorted facts for you:

It is, in fact, the first book of a series. Only the universe knows the answer to that second question. But you will definitely see more of Henry and Emma.

My next project is unrelated to the Tucson Underworld—it’s about a golem. Seriously. The title is About a Golem, and it’s about the mythical clay monster. A Jewish witch finds him in her bathroom one night (as one does), and the only person who can help her is a do-gooder ex-punk she wishes she didn’t have a crush on. It’s a book of the heart, so I’m excited to be querying it. 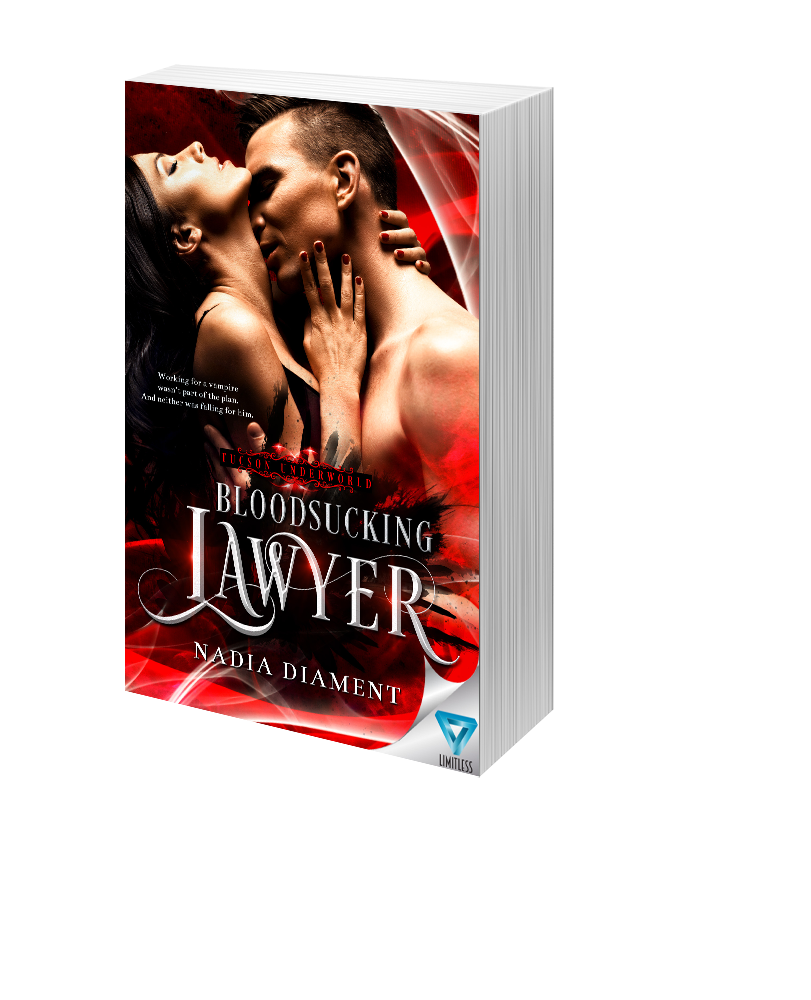 Emma approached her office. The door was closed, but she noticed a faint light coming from underneath it. Frowning, she walked in. And suppressed a laugh. Henry was passed out on the couch, a book resting on his chest. A crumpled jacket served as a pillow beneath his head. His arm hung off the side of the couch, fingertips skirting the floor.

Emma bit her lip to keep from giggling. Some vampire he was, if he couldn’t even make it to ten p.m. without falling asleep. The obvious route was to prank him, but she had a feeling that a penis drawn on his face in permanent marker would likely result in lots of scowling and cancelation of her introduction to the Underworld.

Instead, she carefully slipped the book out of his hands and slid the edge of the dust jacket between the pages to mark where he’d left off. She set the book on the floor and studied him. She started to say his name to wake him up but found herself crouching down next to him instead. His dark hair had gotten a little mussed while sleeping. She noted that he had changed clothes. More casual, but just as attractive as his work suits. The man could wear jeans. Leaning closer, she watched him inhale and exhale.

Emma knew she was being creepy, but she would likely never again get a chance to look at him without his guard up. His mouth opened slightly and he expelled a small puff of air. What if she brushed her lips against his? No, because then she would want more…maybe lick his neck…give him a hot, open-mouthed kiss. His breath would feel warm against her face. She leaned in still closer to inhale his rich pine cologne. Her eyes started to drift shut—she could pretend. For a moment, she could pretend what they had was real. His eyes flashed open.

Henry let out a loud, startled yell. He shot up, and Emma barely moved away in time to avoid getting head-butted. They stared at one another.

“What are you doing?” he asked incredulously.

Emma opened her mouth, but she wanted to die from embarrassment, so she tried to cover it up with a loud snicker. “Trying to wake you up,” she said and hoped she sounded lighthearted instead of weird and stalkerish.

It was sort of true. Not really. She’d wanted to kiss the man. Who knew it was most dangerous to be around a vampire when he was asleep? It could make you want to do crazy things. He blinked at her so slowly that she knew he didn’t believe her.

“There are easier ways to do such a thing,” he commented. “Such as a shove to the shoulder, or simpler yet, you could just call out my name.”

They both paused. A warm shock shot through her. She would definitely like to call out his name. Over and over again. Focus, Emma! Work time.

She bowed her head with mocking obedience. “I’ll remember that the next time you fall asleep in my office.”

Read it in Print – Ebook

Nadia Diament writes paranormal and contemporary romance with equal servings of heat and humor. No stranger to a U-Haul, she’s lived in Arizona, South Dakota, and Washington, DC. She currently lives with her husband in Chicago, where she tinkers with fountain pens and loiters in coffee shops. Bloodsucking Lawyer is her debut novel.