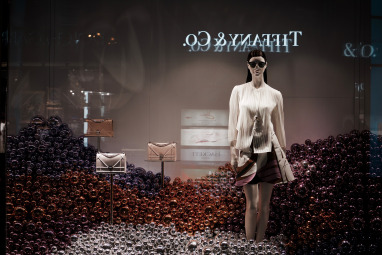 You know her, you love her, you’ve maybe even written her. She’s the one no one can deny, the one whose skin seems to pop off the magazine pages in full, airbrushed glory, the one whose skill in fill-in-the-blank is not only impressive for her young age and resources but impossible.

She is the Mary Sue.

But before we can avoid writing her, or accidentally scare ourselves into a corner and avoid writing women altogether, it’s important to ask: What exactly is a Mary Sue, and why don’t we want one?

Mary Sue, like many terms in fiction craft, is actually a product of the era of FanFic. Like, way back in the beginning Trekkie FanFic that spawned a generation of gay romance writers and very confused teenagers going through puberty.

Theory says that the first instance of a Mary Sue was in Paula Smith’s 1973 parody story, “A Trekkie’s Tale”, but origin isn’t really all that important. There is little doubt in my mind that we can find this character, in a swath of variations, throughout the history of writing, and it is a trope unlikely to die with self-awareness.

To put it simply, Mary Sue is a caricature. She is the one that all the boys want, the one all the girls want to be (or sometimes also just want), though usually blonde-haired and blue-eyed, she takes on the pinnacle of the standard of beauty where and whenever she was written, the perfect buxom, petite, curvy, thin woman who oftentimes will change her shape throughout the course of a story.

But she isn’t just pretty (though we promise, she is very, very pretty), she is unreasonably smart or impossibly talented, capable of flying planes, kicking butts and public speaking. She has a rebel attitude or doesn’t. Everything comes easily to her except for love, since she’s sworn off all the boys at her school who only want her for her body–despite their insisting that she is brilliant and kind and funny– traits the readers have seen no evidence of themselves.

Have you ever read a Mary Sue? They can show up as male characters as well– often referred to as a Gary Stu, but the general package is the same. This character doesn’t only not exist, but they are wildly boring in their perfection. When you come across a Mary or Gary, there’s a good chance you will find yourself putting down a story or book, simply because you find this perfect, all-around-adored character completely unlikeable. One of the most common elements of the Mary Sue is that she either knows how wonderful she is, and discusses it constantly, or she doesn’t, but in a way that proves she does.

Why is the Mary Sue so reviled? Well, for one, you can’t read her. The character is so two-dimensional, created in facts and traits, that any element of the story seen through her eyes falls flat. And these stories are often told in the first person, which makes them nearly interminable. But there’s a bigger issue at play here – Mary Sue is often self-insert.

What does that mean? It means the writer stuck themselves front and center into a story, usually one starring a real-life or fictional celebrity, and we must now watch them play paper dolls with themselves and Kirk, Spock or Dean Winchester. You’ve definitely read self-insert fiction before – Twilight is a prime example. So is Fifty Shades of Grey. What can you say on the subject of characterization and personality about the women in those books?

Listen, every writer puts parts of themselves into books. Sometimes it’s on purpose, sometimes it simply comes as voice and tone and topic. That’s not a bad thing, and don’t let fear of self-insert ever stop you from writing, especially writing women. But there is a big difference between the fantasy serving the book and the book serving the fantasy.

So how do you avoid the Mary Sue?

Write a real character. Write a real person. If your heroine looks at you like someone from a teeny bopper movie about mean girl bullies, (and I’m not referring to Mean Girls, because the characterization in that film is fantastic!) then there’s a good chance she’s hedging Mary Sue territory. If you can’t see them as a real person, sitting in your living room and having a conversation, it’s back to the drawing board. Characterization kills the Mary Sue.

Real people have real flaws. Not pretty little flaws or surface flaws, but real, genuine sins and foibles that we must control, lest they control us. For instance, I’m impatient. I snap at people when I think they’re not listening to me. I expect everyone around me to know exactly what I mean. Managing the knowledge of my own impatience is part of who I am, but that flaw isn’t cute and it isn’t funny, it’s part of what makes me human, real and fully developed.

Show don’t tell. Yes, yes, boring boring, la la. What I mean by this is, show your character’s personality, rather than telling it. The Mary Sue trope is famous for exposition and telling dialogue – lazy writing. Instead of having your heroine think about how funny she is, and how everyone loves how funny she is, show her being funny. Show her being kind, smart or caring. Prove that she deserves those superlatives.

Explain her skills. I don’t believe that your fifteen-year-old character is a published novelist. Convince me. I don’t believe that your sixteen-year-old character is a spy. Convince me. I’m not saying don’t make your characters these things, I’m saying answer every question before they are asked. She can be a prodigy, but we need to know the hows, whys, and wherefores to believe it.

Forget the window dressing. Do you understand how unimportant physical appearance really is to character? Now, if a character has burns on half his face or is amputated below the right knee, that impacts how they are perceived by the world, and that matters. Even a pretty girl is perceived certain way, and that does matter. To an extent. But waxing poetic about her skin, hair, nails, eyes, perfect figure, delicate toes, that one ugly freckle behind her ear…God, it’s boring. Yes, parts of our personality are derived from our appearance, this is true. But don’t overestimate the importance of physical character description. Instead, focus on creating a real, full character. And for the love of God, don’t go explaining every single outfit.

Don’t be afraid of the Mary Sue. Don’t let the chance of a Mary Sue keep you from writing women or writing at all. We have all dealt with the Mary Sue character and many of us likely will again. She is a persistent little brat and doesn’t take no for an answer (like that humblebrag there, MS?)

When it comes to a Mary Sue, don’t avoid. Instead, it’s important for you to recognize the signs of a two-dimensional character in your own work and strive toward eliminating them. Understand what separates the Mary Sues from the unique, fully rounded characters that stay with us throughout the years. Look at the difference between Bella Swan and Hermione Granger. Question your characters and see if they are able to come up with real answers.

Because at the end of the day, books are character driven. They follow journeys and quests – be them real or fantastical – and hopefully we all learn something along the way. So before you set out on your travels, ask yourself just what kind of character you want to hitch your wagon to, because that might just make all the difference. ♦