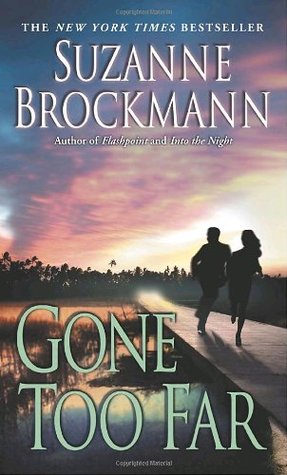 In May of last year, I stumbled across the Troubleshooters Series, by Suzanne Brockmann, and it changed my life.

I’ve written about this series before – it’s long and involved and expertly written. There’s no wonder Brockmann is a world-renowned author and if you’re looking for a new series – or even if you’re not, you should be reading this one. Troubleshooters is an example of prime, important, top-shelf romance. It is progressive and lasting and does not shy away from difficult social or political topics.

One of those topics being Sam Starrett. 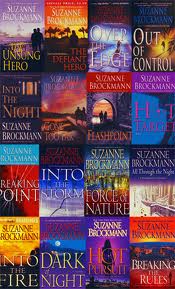 Now, to be clear, Brockmann doesn’t hold her punches when going after the homogenized Captain America macho-man trap into which so many romantic suspense or military suspense narratives fall. She has characters of every race, religion, sexual orientation and background and they are all fully developed, important and unique, not two-dimensional cutouts to fulfill a diversity quota.

Well before #OwnVoices was trending on Twitter, Brockmann was writing black heroines in positions of power, gay F.B.I. agents with their own Happily Ever Afters, interracial couples in the 1930s, and so much more. She has written characters overcoming addiction, PTSD, emotional abuse, rape and a myriad other real life, real human experiences.

And because her work is so progressive, progressive enough that, despite having been written nearly 20 years ago, it still stands, the importance of a character like Sam Starrett often gets lost.

But Sam Starrett is just as important as all the rest, though his role is far subtler and attacks a different kind of enemy.

Because Starrett, a former SEAL with the series’s Team Sixteen, eventually to join an elite private security organization, is that homogenized Captain America macho-man. He comes complete with the Texas drawl and the unwanted terms of endearment for every woman who crosses his path. He’s built, powerful, full-on Hero (™).

Except he’s not. Because Suzanne Brockmann doesn’t write stereotypes. She writes real people. And despite the hardened exterior, checking boxes to make that ideal romance protag, Starrett is a real person – a person that defies the toxic masculinity of the military and embraces himself instead.

And he gets sick, also. Big, bad Navy SEAL is a sympathy puker who will toss his cookies at the drop of a hat. He can stop terrorists, but he can’t stop his own stomach from starting a mutiny.

But, of course, these are simple examples. Starrett is more than that. He’s a romantic, who struggles with the idea of two men falling in love until he meets the man who eventually becomes one of his best friends and watches his journey toward his Happily Ever After. He becomes, eventually, the old married sage, dispensing love advice to anyone who will listen, capable of both changing diapers and taking out terrorist cells.

I am currently reading book fourteen, well after Starrett stars in his own story, but he remains an ever important character, and his evolution is pure literary art. It is not that he is no less of a man for crying or dispensing sage advice, but he actually becomes more of a man for being capable of defying those inane expectations and still serving as one of the best. He battles toxic hypermasculinity from the inside and busts it through.

Romance novels have come a very far way with our heroines. They are strong, powerful, independent and self-reliant. But we often run amok of our heroes, allowing them to fall into unfair, unhelpful stereotypes, promoting an impossible standard of masculinity that, ultimately, strengthens the divide between the sexes.

And there’s no reason for it. Toxic masculinity, often that portrayed in the military, feeds another harmful stereotype, undermining the feminist movement toward equality for men and women. Just as we must strive toward diversity in all things, we must allow our feminism to extend to our male characters. They are a fundamental element of feminist goals.

And Starrett is the prime example. You can be big, mean and muscled. You can be an expert with a rifle, an automatic weapon or your own two hands. You can be the very best there is. But you can also be human. Because at the end of the day, we don’t want G.I. Joe. We want real, flawed, unique characters that we can connect to – characters that undermine dangerous stereotypes and help push us toward the future. We need more Sam Starretts. ♥