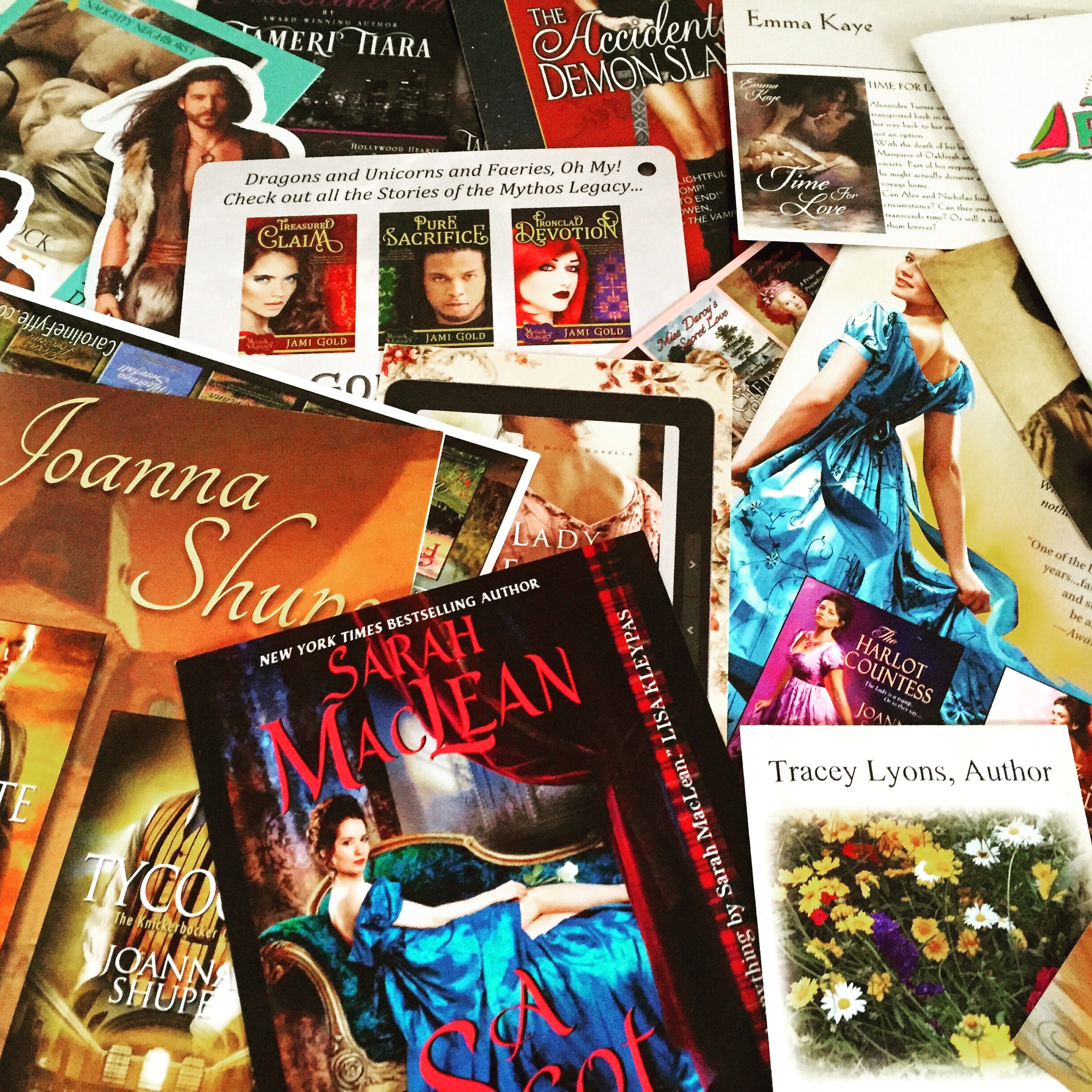 It’s been a bit of a wild week! My birthday was Monday but we started celebrating the Friday before and went until Tuesday night, when my mom and best friend and I attended a romance novelists on feminism panel at The Strand Bookstore in New York City. If you know me, you’ll know that romance novels and feminism are things I will gladly discuss for days and not only did this event bring those two topics together, but it hosted Eloisa James, Sarah MacLean, Julia Quinn and Maya Rodale – superstars, regency romance royalty. 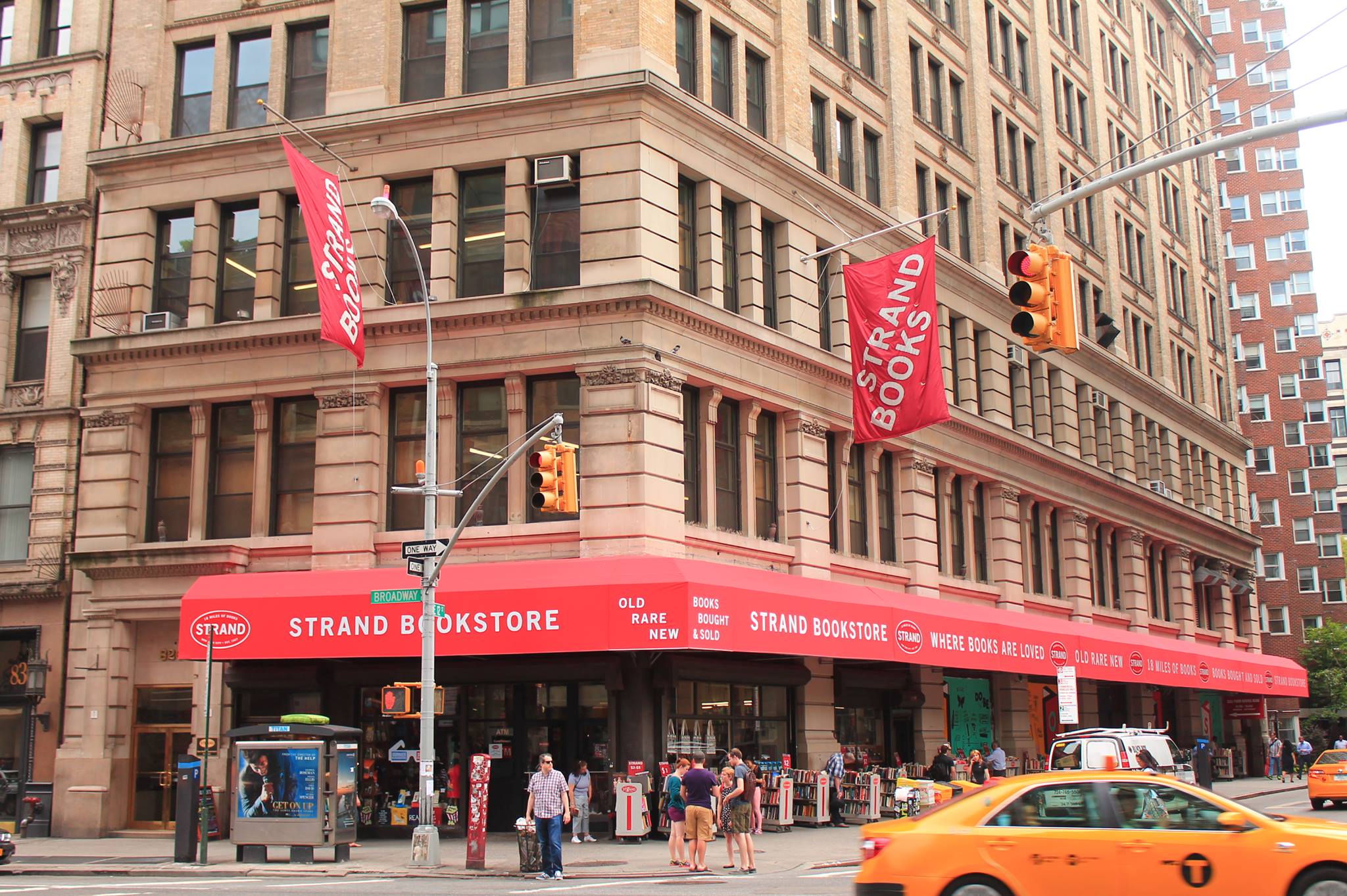 The event was pretty amazing. It all started with us walking – pretty much literally – into Sarah and Eloisa. I squeaked, a genuine squeak. Mary kind of growled.

Sarah was super nice and kind and not weirded out and all and introduced herself and Eloisa and I just knocked books on the floor because I idolize these women and forgot how to speak.

But all silliness aside, the event was packed. The Strand hosts book events a lot, and the space was large and capable of accommodating a good-sized audience. Romance lovers descended upon the joint like flies to honey. We are a dedicated crew.

And that’s important. Because it was the first event The Strand has ever hosted specifically for or about romance novels, and it needed to be a resounding success. It was. If they’re smart, they’ll read the signs and continued to host more romance-centric panels and talks, bringing the genre even more into the accepted mainstream. As Eloisa reiterated several times, romance makes up 34% of the fiction market share. It doesn’t get treated that way though, and still it has to fight for its right to belong in book reviews and at NYC events.

Tuesday’s panel gave me a lot of hope for that.

In January, we attended another Eloisa event in New York (are you seeing a pattern here?). She had just created the bookstore’s first romance shelf and she begged us to buy from the shelf, to prove that romance belonged in brick and mortar buildings alongside every other genre. My local, independently owned bookstore doesn’t carry romance. A friend of the family recently sold her bookstore in a small beach community and she never sold the genre. In a beach community. And this is a bookstore that often struggled financially. Put your prejudices aside and let’s have an honest conversation about whose hand is feeding the fiction genre.

I don’t think we’re going to have that problem with The Strand from now on. They got the message that romance readers turn up and buy books. They heard, loud and clear, that we are proud to buy and read this genre.

And that’s important. Because we still fight for a voice in mainstream literature. Nora Roberts has been on the The New York Times best seller’s list since 1999, for a total of 195 best selling books over 1,045 weeks. How often do you think The Times has reviewed her books? Less than five times.

So we make a change one bookstore at a time. We show up to local romance events, we talk to our indie bookstores, we tell our libraries to upgrade their ratty collections and we champion the genre we love. When I saw how many woman happily stood around the edges of that crowded room, waiting to hear from their favorite authors of their favorite genre, I knew we had just taken a huge step. Now let’s get ready to take a lot of little ones. ♥

I stole the first photo from The Strand’s FB page.