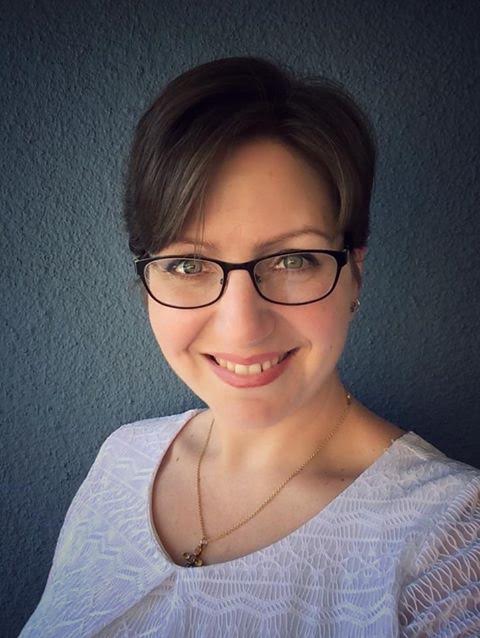 I sat down with Christina Britton to learn about her writing process and current projects!

When I was thirteen years old (and I remember this vividly), I went into a Waldenbooks and picked out my first romance novel, Under Gypsy Skies, by Katherine Kramer. I read that book in one night, and was immediately hooked. It wasn’t long before I tried writing my own – suddenly there were all these stories fighting to be heard inside of me!

Over the years (more than I’m willing to admit!) I wrote on and off, bits and pieces, every now and then trying my hand at a novel but not getting far. I gave it up completely when I was in my twenties, focusing on illustration. It was when my youngest started school and I had some free time on my hands that I found a letter my late grandfather wrote me. He told me how proud he was of me, and he couldn’t wait until I was a published author. From that day on I threw myself into writing full time.

Truthfully, it has to be finding my tribe. The people I’ve met, and their unfailing support through some amazingly tough times and moments of debilitating doubt, has been amazing.

I’ve found it’s quite easy to think that writing is not worthy of taking time away from something else. There’s always something that needs your attention, whether it be housework, a day job, parenting, or one of a thousand other things. Guilt in putting writing first, even for a short while, is hard to overcome (especially if you love writing as much as I do!). But I’ve been blessed with a family that’s pushed me to follow my dream of being a published author. They’ve taught me that it’s okay to lock myself in a room and write, it’s okay to let the dishes and laundry pile up in the quest to get those daily word count goals made. Writing is just as important as any other endeavor. Claiming that part of myself as valid and valuable and worthy of time has been incredibly freeing.

The way I begin planning my books is mainly through character studies. I figure out a basic conflict, then build my characters around it. Or I’ll fall in love with the idea of a character, then create a conflict around their fears and figure out their back story and their love interest from there.

As far as outlining, I typically don’t outline or plot very much in advance. I’m very character driven, so I might plan a few scenes out, but I’ll give my characters their head and let them steer. Once I figure out where I’m going, I’ll plot a few more scenes out. Though lately I have been trying out plot boards. I read a great piece of advice, that said I should write on post-its twenty things that should happen before the end of the book, then lay them out on the plot board where I think they should come into play. It seems to work well for me. I tend to get very focused, however, when things are set out in the story like that, so I find I have to work extra hard to make certain my ideas stay fluid enough that the story doesn’t become forced, or that I don’t try and push it into a direction it shouldn’t go.

Don’t. Give. Up. I’ve had some heartbreaking setbacks in my career, and after shedding some tears I managed to pick myself up and keep going. Each step of this journey is another hurdle to overcome. Push through it, learn from it, and become a better writer than before. This is your dream: Own it!

We live in a tiny house that was built in 1915, with only two bedrooms for four people, so I don’t have a set place to write. I was using the kitchen table as a desk for a good long while, which was lovely as it has large windows near it that overlook the backyard. Now I typically sit on the couch, with my puppy Miss Emma curled against my neck. As for food, I eat way too much when I write, and so it’s a blessing I’m no longer in the kitchen.

HA! I would have to say Caleb Masters, Marquess of Willbridge from my debut novel With Love in Sight. He’s rakish and sexy and fun, and though he has a troubled soul he’s incredibly kind. Plus, he falls madly in love with my painfully shy heroine, Imogen, and so he has a special place in my heart.

Right now I’m working on the second book in my Twice Shy series, with the working title The Viscount’s Promise. I am so excited about this novel. My heroine is not only extremely shy, but she has a facial scar that has affected every aspect of her life. My hero is a tortured viscount who sees past the scar to the woman within. I can’t wait for you to meet Emily and Malcolm!

I’m in the middle of writing a series for Diversion Books. The novels are steamy historical romances set in Regency England and will be centered around socially awkward heroines and their unlikely love interests. The first in the series, entitled ‘With Love in Sight’ and my debut novel, should be out next winter. The second book, currently titled ‘The Viscount’s Promise’, should be out six months after that. Right now I’m in the process of plotting out book three.

Christina Britton developed a passion for writing romance novels shortly after buying her first at the tender age of thirteen. Though for several years she turned to art and put brush to paper instead of pen, she has returned to her first love and is now writing full time.  She spends her days dreaming of corsets and cravats and noblemen with tortured souls.

She lives with her husband and two children in the San Francisco Bay Area.  A member of Romance Writers of America, she also belongs to her local chapter, Silicon Valley RWA, and is a 2017 RWA® Golden Heart® Finalist. Her debut novel, With Love in Sight, is set to be released by Diversion Books in the winter of 2017/2018.