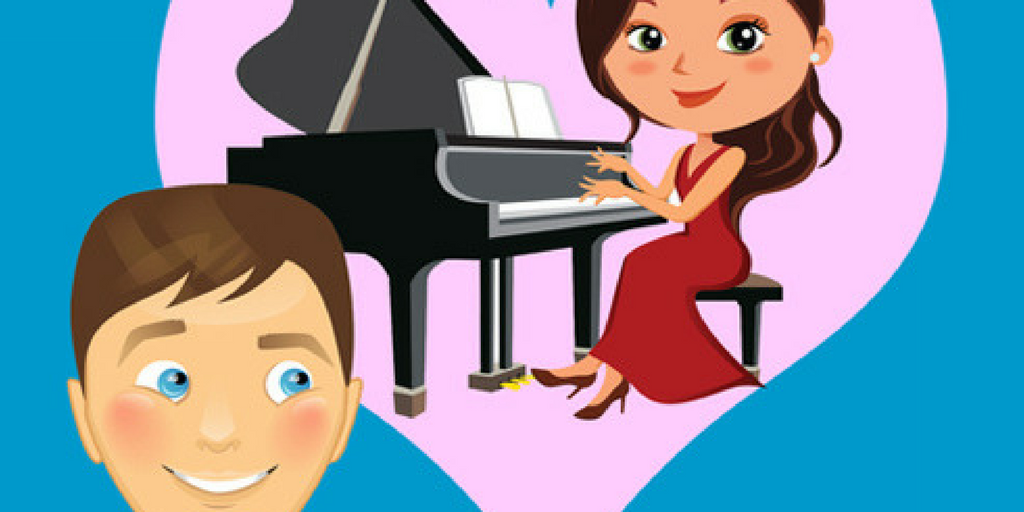 Today I sat down with Nancy Fraser to learn all about her new book, Paging Dr. Cupid!

Paging Dr. Cupid is a Valentine’s Day-themed novella and a sequel to my 2016 novella, Only Yours. The inspiration came from the fact that one of my supporting characters in the original story kept screaming, “I need a woman! I need a woman!” So, I found him one.

I dove right in. Because I already had the hero from the previous book, his personality was alive and well. I did hem and haw a bit over the right heroine but, in the end, absolutely loved the one I found for him.

My hero, the chief of Emergency Medicine, was easy to bring to life. I knew him. Having worked in the medical field, I knew doctors just like him. What he needed was a foil … an opposite who he couldn’t resist. I found that in my heroine. She has a heart of gold, an enormous musical talent, and ambition. Too bad she’s lacking in the one thing he needs … secretarial expertise!

Music. I love classical music but never thought of it from the musician’s point of view. I researched the curriculum at Julliard, spoke to a few who had attended, and learned the rigors of theory, practice and performance are not for the weak. Mix in the need for a part time job and those students are often run ragged.

Listening to the music that I’ve woven into the story. I’m currently working on a trailer and have so many love passages of music, I can’t decide what to use. The most challenging aspect was forcing my hero to make a sacrifice for the woman he’d come to love. It broke my heart and I’m hoping it touches the reader as well.

Paging Dr. Cupid released yesterday, February 3rd. At the moment, I have no plans to do a third story with the same characters or as part of a series. However, that said, I did manage to give my heroine a best friend who might just need her own book.

Newly appointed Chief of Emergency Medicine Dr. Garrett Langley can’t seem to find a secretary to keep up with his demands. His love life isn’t going so well, either. He recently lost his long-time girlfriend to his older brother and saw a workplace romance end in disaster, leaving him with a busy career but no love life.

Piano prodigy Grace Valentyne forfeited the second half of her Julliard scholarship to come home to California and care for her mother. Now, with her mother gone, she must find a job in order to pay for the remainder of her education. When offered the opportunity to work for the physician nicknamed Dr. Cupid, she jumps at the chance.

Grace soon finds herself in over her head—and not just with the office equipment.  But falling for the boss won’t get her back to Julliard. She needs to keep her focus and not let the sexy doctor derail her professional goals.

Garrett tugged on the sleeves of the sterile gown and stripped it from his arms before tossing the stained garment in the nearby hamper. A quick glance at his wrist told him it was nearly nine-thirty. He pressed his thumb to his temple and reminded himself the headache would go away as soon as he had something to eat.

He’d spent the past twelve hours on his feet covering for two ER interns who’d not bothered showing for their twenty-four shift. He was tired, hungry, and most likely smelled like day-old fish. He was also in desperate need of a shave. He felt more like a bum than a respected physician.

Still, there was nothing he could do about it other than grab a quick bite and head to his office for a few moments of downtime before his eleven o’clock department head meeting.

He gathered up a bagel with cream cheese, an apple, and a large cup of black coffee from the commissary and took a left turn at the first corridor. He’d barely reached the halfway point in the long hallway when he saw her…his new secretary.

Much, much younger than her four predecessors, she was hunched over her typewriter, a long string of black ribbon in one hand, the unraveled spool from which it came in the other. He closed the distance between them and stopped in front of her desk.

A brief lift of her head was the only acknowledgement she gave of his arrival before she returned her attention to the items in her hands. “I’ll be with you in a quick minute,” she said, her voice far huskier than he’d expected given her young age. A shot of awareness skittered down his back.

Rather than speak up, he stood there watching while she fumbled with the broken ribbon. She’d obviously pushed the loose strands of chestnut hair from her face at least once or twice because streaks of dark ink adorned her left cheek. Even smudged, her alabaster skin was flawless.

Garrett cleared his throat, drawing her attention for a second time. “Excuse me,” he said, a bit more forcefully than he intended.

She set the ribbon and the empty spool aside and reached for a tissue to wipe her hands. “I’m sorry for keeping you waiting.” Motioning toward the typewriter, she added, “I’m afraid this contraption got the best of me.”

“It does look rather intimidating,” he teased, tamping down an outright chuckle.

“How may I help you? If you’re looking for Dr. Langley, he’s not yet arrived.”

Garrett straightened his stance, pulling himself up to his full six-foot-one. “I’m Dr. Langley. You must be my new secretary.”

A half-hour later Grace tossed back the last mouthful of lukewarm coffee and closed the cover on the first of two instruction manuals. “Okay, new electric beast, let’s see what you can do.”

Tentatively, she rolled a piece of blank paper into place and poked at the stationery carriage. When she pressed the switch on the side of machine, the motor hummed to life. She’d barely placed her hands on the keyboard when the font ball began spinning wildly and spitting out the letter ‘j’ across the width of the page. Her heart hammered inside her chest in perfect time with the tiny metal device.

Jerking her hands back from the keyboard, she reached for the power button and flipped it to the ‘off’ position then drew a breath to calm her racing pulse.

She reached for the second manual. Obviously, there was more she needed to know.

Grace pressed her fingertips to her lips and fought back an outright laugh. Were it not for the daily rounds of gossip, she doubted the secretaries she’d met thus far would make it through their work day. Tracing the next few items on the list with her fingertip, she lowered her voice and continued. “She does not bring personal affairs to the office. She does not watch the clock. She will inquire if there is any little thing she can do before saying goodbye for the day.”

Closing the second booklet, she set it aside. It all sounded like common sense to her.

Like most authors, Nancy Fraser began writing at an early age, usually on the walls and with crayons or, heaven forbid, permanent markers. Her love of writing often made her the English teacher’s pet, which, of course, resulted in a whole lot of teasing. Still, it was worth it.

Published in multiple genres, Nancy currently writes for four publishers. She has published twenty-two books in both full-length and novella format. In November 2016 Nancy celebrated twenty years as a published author and will release her 25th book in mid-2017.

When not writing (which is almost never), Nancy splits her free time between her five grandchildren. She’s also an avid traveler with Las Vegas being her favorite destination. Nancy lives in Atlantic Canada where she enjoys the relaxed pace and colorful people.