I sat down with Liz Crowe to chat writing, modern politics, personal piercings and her new release, Firebrew! 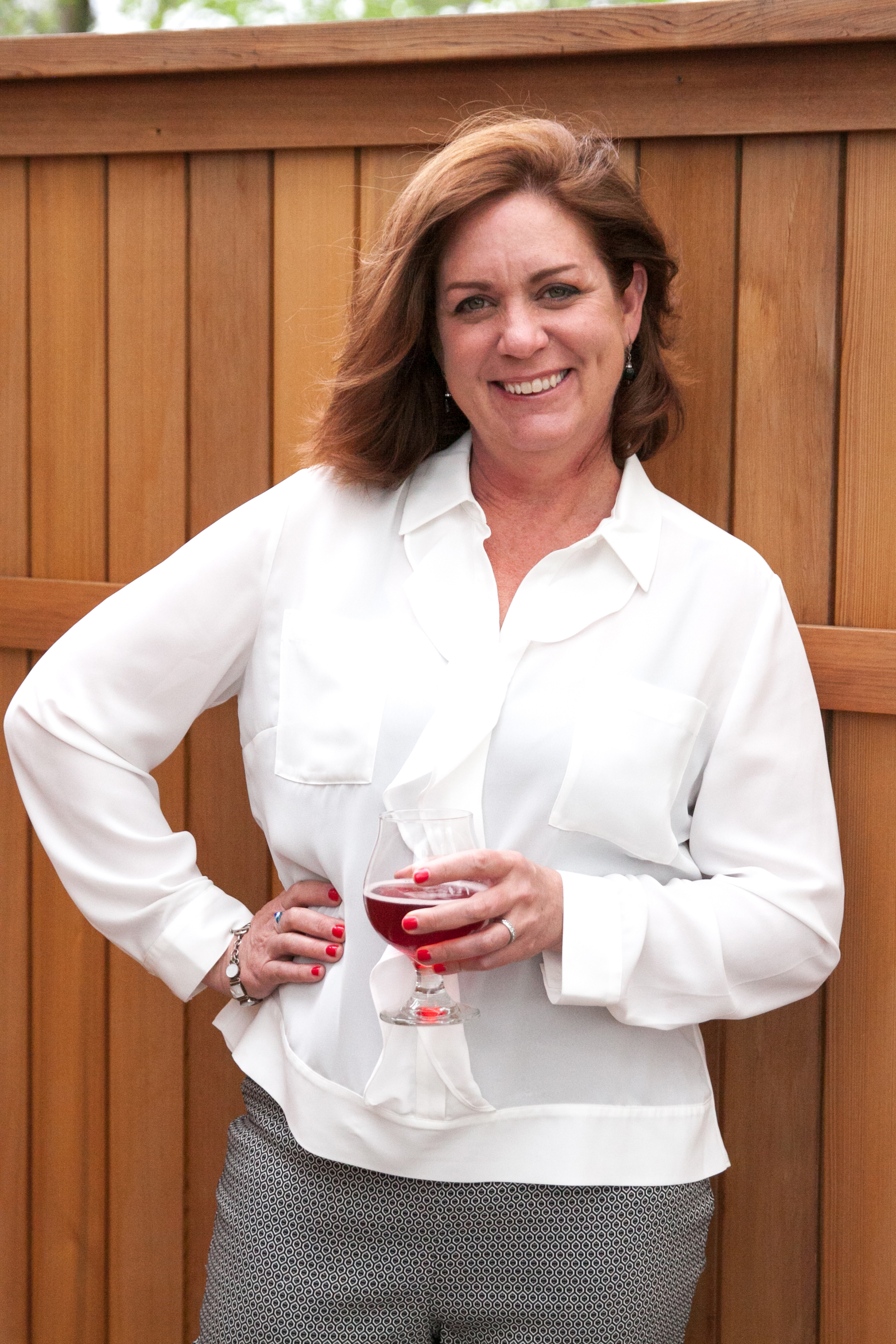 Around about 2006 or so my husband was getting sick of me complaining about a spate of books I’d read that were, quite frankly, not great. He challenged me to “shut up and write something myself.” So I did. Boy, was it terrible too! I’ve come a long way though, thanks to a series of editors.

I think it’s the satisfaction of meeting readers both online and face to face who enjoy what I’ve created.

So many challenges…I write books that don’t always adhere to what traditional romance readers expect. While I always guarantee an HEA I tend to put my characters through the ringer of reality first. I’ve attracted my own set of haters thanks to this. I also somehow managed to anger a few bloggers (I still don’t have a good explanation for why) who made it their business to ruin a book release event of mine a few years ago. That hurt. Geez, it still hurts. If you’ve never written a book it’s hard to understand how much it would hurt. But as I said, while many of them still nurture a grudge over whatever it was, I’m officially over it.

I don’t outline. I’m a total pantser and the one time I did outline it slowed me down tremendously. I end up doing “writing” while outlining so I gave up on that!

Well, since I do write books with explicit sex in them at times, I’ve done some interesting research about intimate piercings.

Don’t give up. But don’t ever ever EVER think that you don’t need a professional editor. You do. We all do. Your first draft is always crap.

I write wherever I can find time and location so I don’t have a nook per se. I do write at the kitchen table, mostly. And I eat whatever’s closest to me but I prefer salty stuff—popcorn, pretzels, chips. And have been known to devour an entire bag of one of these without tasting them!

I’m going with George, from FireBrew. He’s honest about his failings but protective and caring.

I just handed over a massive rewritten novel to my agent who is sending it out this week (fingers crossed!). At the moment, I’m working on a co-writing project with one of my author heroes, Desiree Holt. It’s a sports romance but with older (in their 40’s) characters.

I am praying that my agent finds a home for my chick-lit novel. My next thing will be a screenplay for a movie that’s like “Sideways” only with women—and beer.

Amazon best-selling author, mom of three, craft beer marketing consultant, brewery founder, and avid sports fan, Liz Crowe is a Kentucky native and graduate of the University of Louisville currently living in Michigan. She has decades of experience in sales, public relations, and fundraising, plus an eight-year stint as a three-continent, ex-pat trailing spouse.

With stories set in the not-so-common worlds of breweries, on the soccer pitch, in successful real estate offices and at times in exotic locales like Istanbul, her books are unique and told with a fresh voice. The Liz Crowe backlist has something for any reader seeking complex storylines with humor and complete casts of characters that will delight, frustrate and linger in the imagination long after the book is finished.

Find Liz on her

Read my novels on RADISH, one episode at a time. Many of them are 100% FREE: 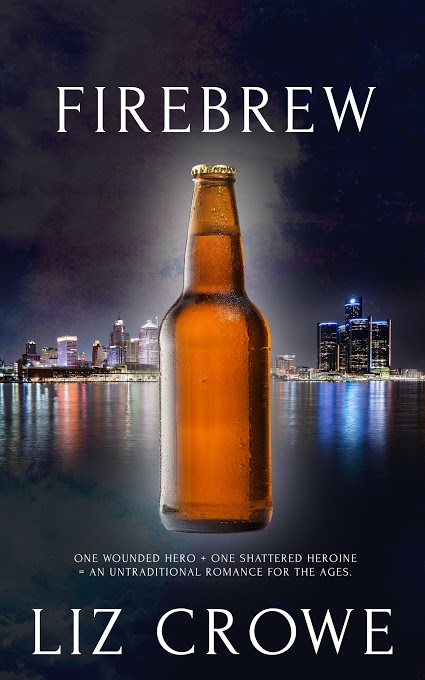 Tell us a little about your new release, Firebrew!

I have drawn inspiration from the amazing women who are coming forward to expose abuse and harassment at work. Thankfully, I have never experienced it but I’ve done a lot of reading about what goes on at high and low levels of most every industry between men and women (and I know it goes both ways too). That inspired me to use a plot I’d had in mind in theory to create these particular characters.

I never outline. I tried once and found myself writing the story while I was outlining so I stopped that!

Honestly, as a pantser, they come to life at the tips of my fingers, on the keyboard, as it were. I have a loose idea of who they are and as the story unfolds they become flesh and blood.

I read a story in Vanity Fair about parties that men in high tech (usually on the west coast) throw for themselves that are designed specifically to remind the women they work with that, while they might be work colleagues, they are still essentially objects for lust. It was distressing but intriguing. I used that for a pivotal scene in FireBrew.

Watching my heroine Harriet Jane (“Jane” as she insists…”Harriet” as her hero likes to call her to push her buttons) grow and understand that while she does have her own issues that must be dealt with (she is manic-depressive) she does not deserve to be treated the way she’s treated at her new brokerage. Her journey is rough, I’m not going to lie. There is a content warning on FireBrew that is serious. But I don’t play any of the harassment or abuse as anything but what it is—terrible. She comes a long way and I loved making that happen for her.

“Are you sure this is the right space, Mister…ah…”

“Yeah.” The very tall man in the reflective sunglasses grunted out his reply, ignoring my lapse with his name. Which was forgivable, considering he’d mumbled it to me on the phone before demanding to see my stale commercial listing, then hung up without giving me a half- second’s chance to protest. Dropping everything and showing the old building that had once been home to a downtown Detroit fire station, which had languished for so long on the market it was collecting graffiti and wildlife, was not my idea of a great way to spend a warm Friday afternoon.

I had a hot date and this jerk was pissing me off the longer we stood shoulder-to- shoulder, staring at the once gleaming fireman’s pole. I glanced at my phone, noting I now had exactly thirty-five minutes to do about an hour’s worth of personal tidying up in order to make the seven p.m. deadline, for what I was determined would be a very satisfactory evening.

“Trey,” he said under his breath. He took yet another hike around the perimeter of the empty space. I watched him, admiring the rear view despite my anxiety about being late for the date with my shiny, new Internet-garnered friend whom I had every intention of benefiting from tonight. This guy claimed he’d just gotten off a plane and had driven straight down to the heart of what was once the old Irish neighborhood of Detroit—Corktown—just to see this stupid, echoing, useless and likely about to be condemned building. He looked the part of New York money—deep-blue suit, dazzling white shirt and blood-red tie. The sort of person who would buy a pile of shit like this and either raze it for condos or lovingly and expensively restore it—into condos.

He’d made it all the way across what I assumed was a former parking area for fire trucks when he whirled around, whipped off his glasses and pinned me with such a strange look I took a few steps back.

“I want it,” he said clear as day, his voice low, raspy and firm. “But I’m not paying this.” He shook the feature sheet he’d yanked out of my hands the second I’d met him at the door. His eyes were of the deepest, darkest brown. They matched his chestnut-colored hair, which was thick and wavy in a way that might make a girl jealous if she weren’t inclined to plunge her fingers into it—like I was right then.

“No mister. Just Trey.” He remained as far across the room from me as possible. “George Lattimer the Third. Trey, you know, for the third?”

“Ah, well,” I said, resisting the urge to wipe the sweat off my upper lip, but only just barely. “Right. So…anyway,” I blathered, pissed off at my own nervousness. “I have to take any offers, in writing, to the attorney for the estate holding the title. I assume you’re—”

“Fifty-seven,” he interrupted me. Again.

“You’re joking,” I blurted out, shifting into negotiation mode, no longer giving a shit he was the hottest thing on two male legs I’d encountered in, well, my entire life. He took a few corresponding steps away, looking like he was afraid I’d spray girl cooties on him if I got any closer. Up close, sans mister cool shades, those eyes were of the sort I might call mesmerizing— if I were the kind of person to think such a thing about some dude’s eyes. “The list price is ninety-nine. I get the place is a little, um…”

“Shitty?” He leaned against the far wall, arms crossed, smirking at me. “Falling apart as we speak? No better than a rat hole?”

“It has some deferred maintenance issues, yes,” I said, walking closer to him. He didn’t move this time. “But I assure you that the seller—”

“Give him my offer,” Trey said before turning away and wandering into the area that had once housed the kitchen and living spaces, leaving me standing, leaning forward and ready to engage—how exactly, I wasn’t quite sure. I trotted after him, clickety-clacking in my stilettos across the concrete, doing all I could to avoid random clumps of God-knows-what detritus that multiplied every month the building sat here empty.