Or Admitting You Can’t Read Them All

Like many romance, chick-lit and erotica fans can attest, I’ve been reading the genre for ages. Of course, if you start young, your interests changes and you begin to accept different sub-genres, series, and media into your life, but all because you love the genre more, not less.

Up until my acceptances, I had allowed myself romance novels as a treat. They were my delicious dessert at the end of a long day. I usually read them alongside other, more serious books, and I still do, but I didn’t prioritize them. They were fun, enjoyable, and delightful, and to me they remained a reward after a hard day at work.

As I began to see some success and final stages with my personal books, I also started to understand how much I needed to be deeply involved in the genre at all times. I very much enjoy listening to romance audio books, and I found that, once deeply ingrained in several stories, ideas and excitement for and about my work soared. Put me into two or three stories at once, I became a machine of general artistic enthusiasm about romance – and probably pretty obnoxious to those who are close to me.

The opposite occurred, as well. Once I allowed my reading habits to slow, or if an audio book finished and I hadn’t already downloaded another, I would also see a dip in my excitement and interest, no longer surrounded and therefore reminded of the industry and its intense (and let’s admit, it’s intense,) hold over me. 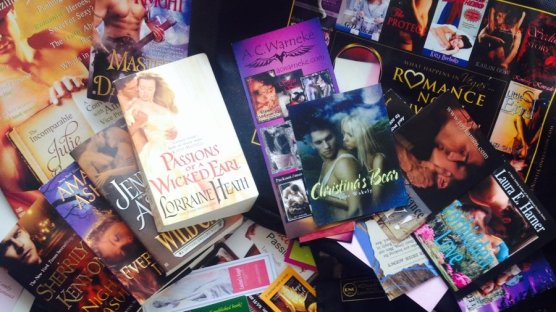 Let’s talk about the size of the industry for a moment. According to the website for Harlequin, the publisher long associated with the industry, they produced more than 110 books a month. 110 books a month. From a single publishing house. You’re looking at more than 1,300 books in a single year. From a single press in a single genre. Since their start, in 1949, Harlequin claims to have produced more than 6.28 billion books. You could read every moment of every day, and still not have the time. 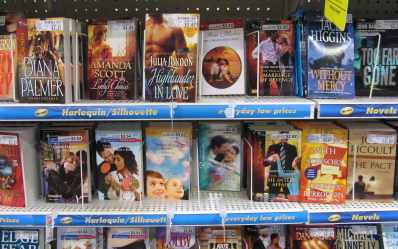 And that’s for a single press, albeit a big one, but still. Way back when, before the rise of the Internet, Amazon, and ebooks, there were a handful of major presses that were known for their romantic endeavors, such as Harlequin. Now, they’re everywhere, smaller ebook and print presses that can now actually manage to keep up with Goliath, as the whole face of the publishing industry turns on its axis.

It’s not as expensive to produce ebooks, (which means writers get paid more!) and internet and online marketing have revolutionized the changing face of communication. You’re looking at hundreds, if not thousands of small presses producing audiobooks, ebooks, and print books, in every level of the genre, from traditional regency romance, to gay Donald Trump stories, which hit the top of Amazon’s bestseller list in 24 hours.

Because none of this takes into account the number of novels and short stories that fall under Amazon’s self-publishing program, several of which I was contributing until just last month. Hell, I’d be happy as a clam when my novels dipped into the 60,000 bestseller mark, which some of them did. Others hovered in the low millions. Millions. Just to add to the pile.

Okay, so how do you tackle an industry that literally produced books by the billions, as a reader? Well, short of becoming a recluse and spending your days pouring over the stories of cowboys, dukes, and pirates, rather than doing laundry, eating, or ever seeing another human, you have to prioritize.

Is it more important to read every book a single author wrote – I’m on my Eloisa James kick right now, and that’s more than 25 books deep, many of which I have read before. Some authors make that strategy a little easier – Sarah MacLean only has about ten, (one of which I have waiting for me on my Kindle, right now!) Maya Banks has more than 50, and in several, seemingly unrelated, genres. You could dedicate yourself to a writer, and commit for the sheer joy of their style, characters, and prose, but there is a limitation in exploring the whole industry if you never leave your favorite author’s corner.

Would it be better, then, to go by genre? Romance novels wander far and wide, when it comes to finding exactly what you want. Do the hot Scots catch your eye, or do you prefer a man with fangs? Either way, (and even if your interests are far, far out from left field,) you’ll find plenty to tickle your cough reading fantasy. (Hell, look at all the political erotica going around. That will keep you until next election season.) As with a single author, however, limiting yourself to a single genre does lock you out of the stories of many, many great writers, without option. I’m a regency girl through and through, and it’s hard pill to swallow, but branching out will only make my writing better and more well-rounded. 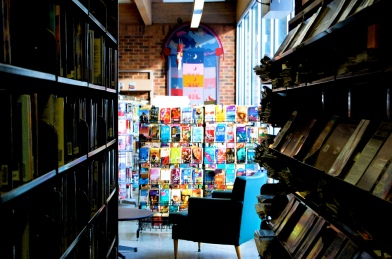 The best way to go, when all is said and done, is to read what you like without closing the door on what you don’t know. There are hundreds of lists of the ‘great romance novels of the year’ or the month or the decade, but it’s up to you to determine what you want to be reading, who and in what era/style/genre. Every once in a while, it’s not a bad idea to take a look at the self-publishing artists out there. They’re often times better than the best sellers, and need your support much more.

Shel Silverstein quite succinctly addressed the question in his poem Melinda Mae, which supposedly inspired the quote,

How do you eat a whale? One bite at a time.

Romance books are not a phase of life, a genre to be read a discarded upon its completion. They are not a single class in the world college of literature and love. Instead, reading romance, with its massive spectrum of genres, scores of talented artists, and hundreds of devoted presses, is a lifetime goal, a many decade apprenticeship at the hands of the masters.

I can’t think of an education I’d prefer.

3 thoughts on “The Overwhelming Size of the…um…Industry”