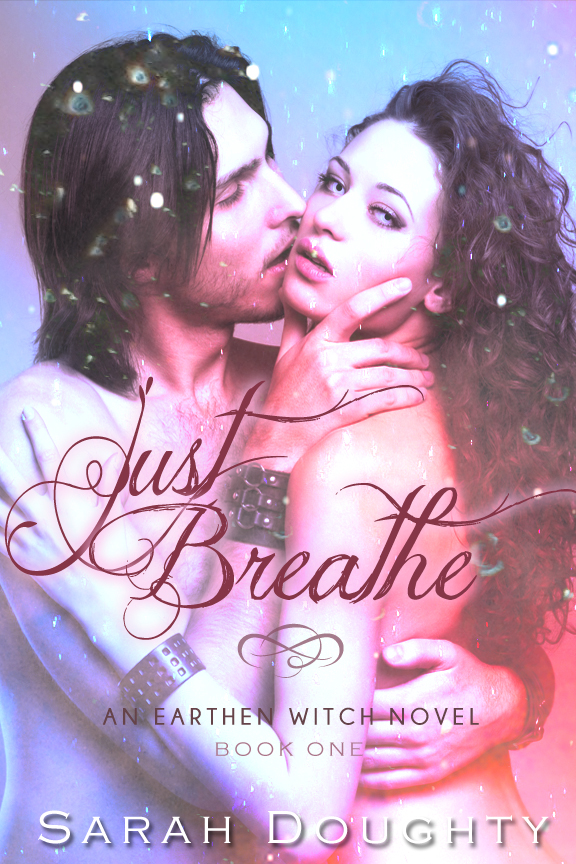 I sat down with Sarah Doughty to learn more about her recent release, Safe!

“When Aisling Green’s happiest day turns into one of her worst, she will fight for her life as everything she’s ever known comes into question.”

I already had an idea of where I wanted this story to go, since it was a continuation of an overarching story. I knew I wanted Aisling to face her biggest fears and put her past to rest once and for all.

I plotted like crazy and once I knew the whole story, I began writing.

In the beginning, it started as a dream. It was the ending of Just Breathe’s first chapter, when Aisling sees Connor for the first time. Though I only remember that instant from my dream, I could feel its importance. Several years and lots of brainstorming later, the Earthen Witch universe was born.

For this novel, I didn’t have to do much research. But I was considering what would come next in the universe. I can’t give it away without spoiling some of the story.

The worst part by far was forcing Aisling to confront her past in the midst of a tragedy. But in the end, she overcomes and at last realizes her potential on her own, which is a huge step for her, considering her abusive past.

With luck, the next novel in the universe will be released this fall.

When Aisling Green’s happiest day turns into one of her worst, she’s forced to face her worst fears.

An unexpected foe crashes the wedding of mated Earthen witches Aisling Green and Connor Jennings. Aisling manages to escape with her life, but tragic, irreparable damage is done, and their newest and greatest enemy escapes.

As she grapples with her new reality, doubts form about her existence and her place in the world. She leaves everyone behind and strikes out on a journey to find herself, playing into her adversary’s hands. Fighting a futile battle against the heartbreaking emotions that threaten to overtake her, this nemesis strikes and she uncovers an unbearable piece of her past. As she falls apart, she questions how she can overcome so much heartbreak and stop the bloodshed.

Links to various online retailers can be found here: https://thesarahdoughty.wordpress.com/useful-links