Her Sun and Moon, Her Stars and Her Dreams 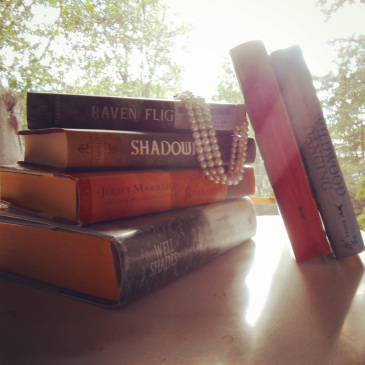 I tried to pick just one Juliet Marillier quote, I really did.

But as I scanned pages of her quotes, from books I’ve read and reread, stories that have stayed with me through the easy times and the hard, I found the task impossible.

How could I narrow down a writer that has so fundamentally changed my life? How can I pick just a handful of words from stories unfolding through my own years, witness to my own heartbreaks and victories, my own difficult journeys mirrored upon her pages, my own coming of age, coming of life?

But throughout her many tales, and she truly is a prolific, wild storyteller, certain themes rise to the fore time and again:

“We cannot know the future. All we can do is face it bravely. We should take heed of those we love and respect. But in the end, we make every decision alone.” (Seer of Sevenwaters)

We are the heroes of our own stories.

“Our family has survived a long time. We’ve weathered battles and transformations, enchantments and floods and fires. We’ve endured being sent away, and we’ve coped with evildoers in our midst. If I were telling a story of Sevenwaters – and it would be a grand epic told over all the nights of a long winter – I would surely end it with a triumph. (Flame of Sevenwaters)

“He and I…we share a bond. Not love, exactly. It goes beyond that. He is mine as surely as sun follows moon across the sky. Mine before ever I knew he existed. Mine until death and beyond.” (Son of Shadows)

“It seemed to me it would be better to die standing up to a tyrant than to survive as a tool of his will.” (Shadowfell)

Strength can come in many forms.

Juliet’s stories, for my mother, another lifelong convert, and I have long referred to her as Juliet, a friend, a witness to life’s lessons and foibles and successes, tells historical, folklore stories. But she also tells the stories of life, of falling in love, of sacrifice and the heartbreak we endure by opening ourselves to our families and our lovers. She speaks of good and evil, and the shades of grey that may turn an antagonist into a protagonist and hero into a villain.

Her stories may revolve around ancient tales, British, Irish, Norse, but that is because these stories, of first loves and last, of a mother’s love for her child, of a heartbroken, but still beating, these are forever stories. These are anywhere stories.

Through all her words and all her pages, and I have laughed and cried on each of the many, many books she has written in my library (she shares a shelf with J.K. Rowling, another heroine in writing and in life), I have learned. I have learned about the strength of family and the strength of self. I have understood that heroes might wield swords or knitting needles, I have been taught that we do not know our own power until those we love are threatened.

Though I read my first Juliet tale on a plane from Boston to Amsterdam in the dead of winter over half a decade ago – I cried, if you were curious – I will continue to be changed, to be better, because of her words, and the messages she has shared with me. I hope we are all so lucky, readers and writers alike, to find a Juliet on our bookshelves.

“I saw that in him she had found her sun and moon, her stars and her dreams.” ♦