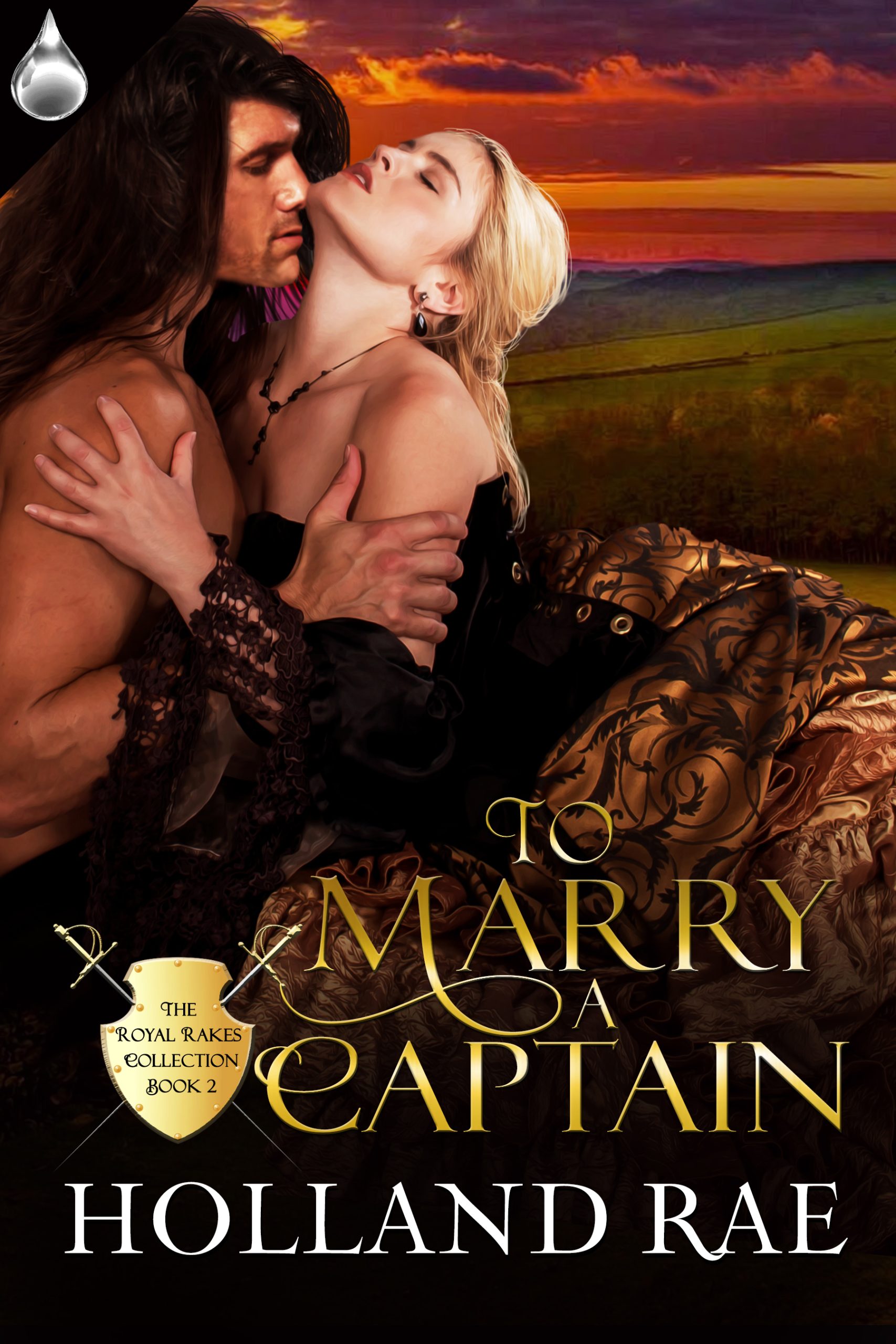 To Marry a Captain

Since the passing of her estranged husband, Lady Amalie Bronwyn has been living at the Dacre Estate, a place with a reputation as the most debauched house in all of England. Albeit reformed, since Lady Amalie’s cousin Mary became engaged to the estate’s notorious owner, Lord Arlington, Dacre is where she fits in perfectly. After all, her own reputation is a fair bit more colorful than most, boasting of public dalliances and seductions that have turned society on its head, and Lady Amalie likes that just fine. She prefers her independence and freedom to the strictures of marriage and domestic responsibility. But a single letter from her father and the life she has been enjoying crashes to an end–her fiancé is coming home.

After a routine navy training exercise turns into a bloody battle between soldiers and pirates, Captain Malcolm Temple-Blackwood, Lord of Huntley, is sent on a mandatory holiday to cool his heels in the throes of domestic bliss. He knows nothing about the woman his father arranged for him to wed, but his orders are clear–unless he can make a convincing performance of his matrimonial rapture, he’ll never step foot on a ship again. What he needs is a quiet, well-behaved, sweet wife, someone who will help him to regain his position in the navy. What he gets is something else entirely.